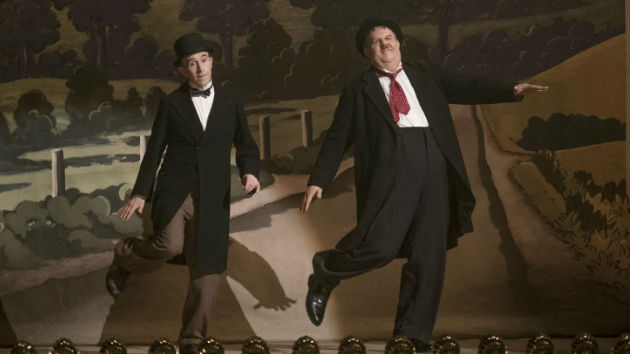 The clip follows Stan Laurel and Oliver Hardy, played by Steve Coogan and John C. Reilly respectively, in the later years of their career. They set out on a variety tour of the U.K. in 1953, despite diminishing popularity and Ollie’s deteriorating health.

But in the process of resurrecting their act, they manage to reconnect with fans and each other.

The film opens in New York and Los Angeles on December 28, with wider release to follow.

John C. Reilly is also the star of another current movie release: He provides the voice for the title character in the new animated film Ralph Breaks the Internet, the sequel to Wreck-It Ralph.