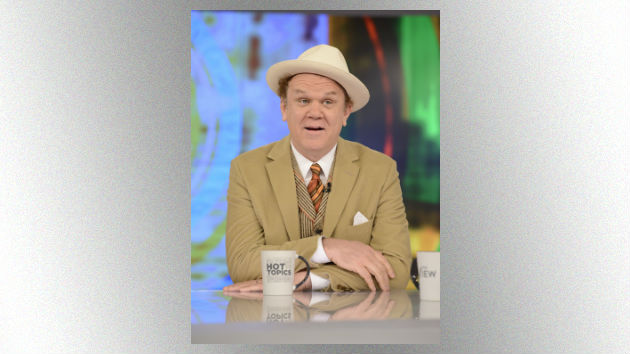 ABC/Lorenzo Bevilaqua(NEW YORK) — John C. Reilly is back as the voice of video game bad guy turned-hero Ralph in Ralph Breaks the Internet, the sequel to the 2012 animated hit Wreck-It Ralph. This time around Ralph and Vanellope — the latter voiced by Reilly's returning co-star Sarah Silverman — step out of the arcade universe and try to navigate that strange and crazy world we like to call the Internet.

The versatile actor adds, "[I]n the first movie, the elephant in the room was the fact that the Internet is where a lot of gaming happens now so, we told this sweet story about these arcade characters who are part of a bygone era. But everyone was asking like, 'What about the rest of the world?' and in this sequel we get to go into the rest of the world to great comic effect."

The comedy, Reilly adds, is a welcome break from today's current events. "In this time of really, you know very divisive politics and a lot of people arguing in the public square, I think it's really cool to have a movie that's about cooperation, and empathy, and trying to be a good friend and trying to be a good listener to your friend. That's all stuff that I think people can…really relate to and really crave right now, actually."

Ralph Breaks the Internet, which also stars the voices of Taraji P. Henson, Gal Gadot and Jane Lynch, among others, opens today from Disney, the parent company of ABC News.