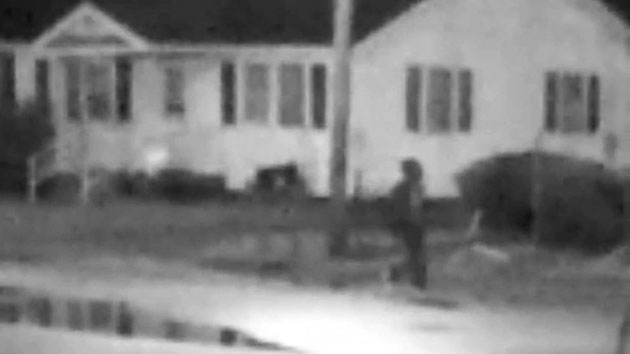 FBI(LUMBERTON, N.C.) — Authorities are asking North Carolina deer hunters for help in the ongoing, weeks-long search to find kidnapped 13-year-old Hania Noelia Aguilar.
Hania was kidnapped just before 7 a.m. local time on Nov. 5 outside her home at the Rosewood Mobile Home Park in Lumberton, a city in Robeson County, according to police.
She had grabbed her aunt's car keys that morning so she could turn on the vehicle before school. That's when a witness saw a man clad in all black with a yellow bandanna over his face approach the girl and force her into the green, 2003 Ford Expedition, police said.
The suspect then drove away in the family's SUV with Hania inside, police said. The stolen vehicle was located several miles away on Quincey Drive three days later, but Hania was nowhere to be found.
Investigators have been seeking surveillance footage from anyone who lives or owns a business on or near Quincey Drive. They have now expanded their plea to local hunters who have deer cameras in Robeson County and have any footage between Nov. 5 and 8.
"It is vitally important we find every piece of video that may help us determine the exact movements of the stolen SUV from Rosewood Mobile Home Park to Quincey Drive where it was found on November 8," FBI spokeswoman Shelley Lynch said in a statement Tuesday. "Let us determine whether or not the footage you have can provide us with any investigative clues."
Meanwhile, investigators are still trying to track down a man who was seen in surveillance footage walking in the neighborhood on the morning when Hania was abducted. The three videos, which the FBI released earlier this month, show the unidentified man wearing light-colored shoes, a light-colored shirt and a hoodie.
The man is not considered a suspect or person of interest at this time. Rather, he's someone authorities "want to speak with" because he may be able to help investigators narrow down a timeline of Hania's kidnapping, according to FBI supervisor Andy de la Rocha.
So far, investigators said there's no indication to believe Hania isn't alive.
The FBI, which last week named Hania's disappearance its "Most Wanted: Case of the Week," is offering a reward of up to $25,000 for information on the case. The state of North Carolina is also offering a $5,000, bringing the total possible reward amount to $30,000.
Hania is described as a Hispanic girl who is 5 feet tall and weighs about 125 pounds, according to the FBI. She has black hair and brown eyes and was last seen wearing a blue shirt with flowers and blue jeans.
Authorities have set up a special tip line that anyone can call if they have information to help investigators find Hania: (910) 272-5871.
Copyright © 2018, ABC Radio. All rights reserved.

You win, or you die: ‘Game of Thrones’ turns 10
Search effort underway for missing LSU student whose car was found on Mississippi River bridge
COVID-19 origins: What to know about the search for the start of the virus
PA deer harvest exceeds last year, sets new record for bucks in antler restrictions era
Search underway for Georgia college freshman reported missing by family
Twitter turns 15: A look back at how the platform changed our lives