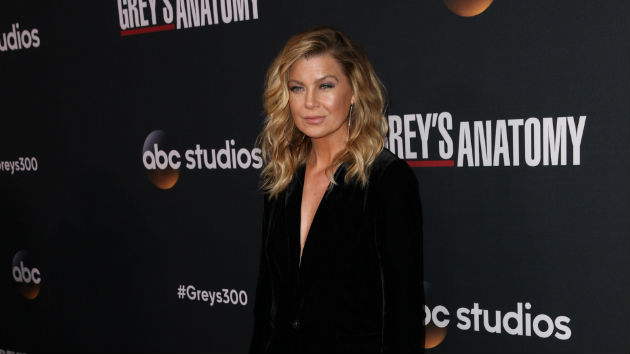 ABC/Paul Hebert(LOS ANGELES) — People online and all over the world are cheering on actress, producer and now activist Ellen Pompeo after she called out a video crew in the middle of an interview for not being diverse enough.
The interview was conducted by Porter magazine, and Pompeo was being interviewed alongside Gabrielle Union, Emma Roberts and Gina Rodriquez for the publication's Women in Television issue.

While Pompeo acknowledged that there were many women involved in the project, she said she was disappointed with the lack of diversity behind the scenes.
"This day has been incredible, and there’s a ton of women in the room, but I don’t see enough color. And I didn’t see enough color when I walked in the room today," she said.
She told the camera that she had a recent meeting with a director for another endorsement and made sure to mention that she would like to see the crew represent the world she lives in and sees everyday.

"As Caucasian people, it's our job. It’s our task, it’s our responsibility to make sure we speak up in every single room we walk into. It’s our job because we created the problem,” she added.

Online, people of all color are applauding her statement.
One fan wrote, in part, "Instead of acting like she should be praised for it, she recognizes that it is NORMAL to want and have diversity and representation."

Another noted that this is how white allies should act and help those of different races to hopefully level the playing field for all people.

Even Dictionary.com made a joke about Pompeo's viral moment.
"Ally. A person, group, or nation that is associated with another or others for some common cause or purpose," the site wrote. "E.g. Ellen Pompeo."