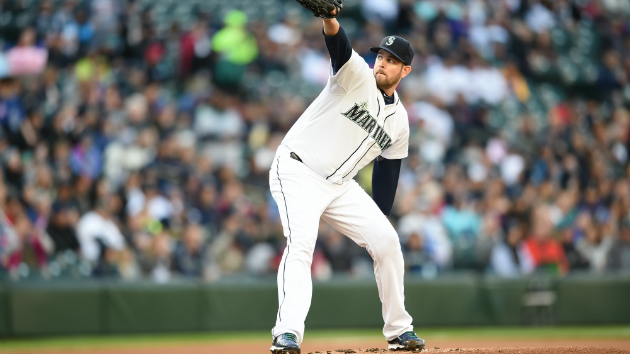 Scott Clarke / ESPN Images(NEW YORK) — The New York Yankees acquired ace pitcher James Paxton in a trade with the Seattle Mariners on Monday.
In exchange for Paxton, the Yankees sent three prospects to Seattle: left-handed pitcher Justus Sheffield, right-handed pitcher Erik Swanson and outfielder Dom Thompson-Williams.
Paxton, 30, has been with the Mariners since he was drafted by the team in 2010. He signed with the team a year later, and made his MLB debut in September 2013.
This past season, the left-handed pitcher went 11-6 with a 3.76 ERA in 28 starts. He finished with 208 strikeouts, marking his first 200-strikeout season.

"I couldn't be more excited," Paxton said about the trade. "It's going to be a fantastic opportunity in New York, always expecting to win, just like I do. I expect myself to win, I expect the best out of myself. I'm just looking forward to being a part of such a fantastic team."