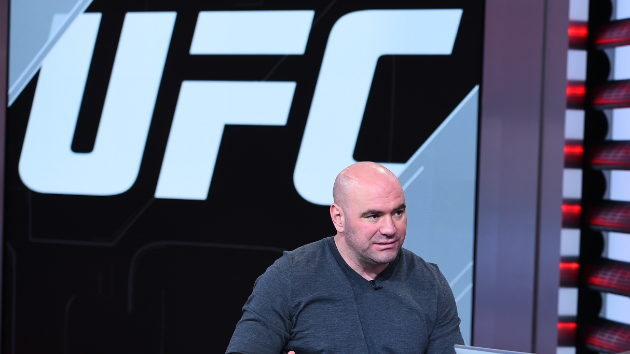 Joe Faraoni / ESPN Images(LAS VEGAS) — The UFC announced on Tuesday it plans to open the world’s largest mixed martial arts (MMA) training facility in Shanghai next year.
UFC Performance Institute Shanghai will measure more than 93,000 square feet, making it approximately three times bigger than UFC Performance Institute in Las Vegas, which opened in 2017.
The Shanghai facility “will serve as a training hub to develop and support MMA athletes from mainland China and the greater Asia-Pacific region,” according to the UFC.
The building will also serve as the UFC’s headquarters in Asia and be capable of allowing for the production and distribution of live events and programming.
“I could not be more excited about the UFC Performance Institute opening in Shanghai,” UFC President Dana White said in a statement. “We know there is a ton of talent throughout Asia and now we will be able to find them and offer them all the incredible training, nutrition, and physical therapy that UFC fighters are getting in the Performance Institute at our headquarters in Las Vegas, right there in China.”
“This is another game changer for the sport, UFC, and potential athletes throughout Asia,” White added.