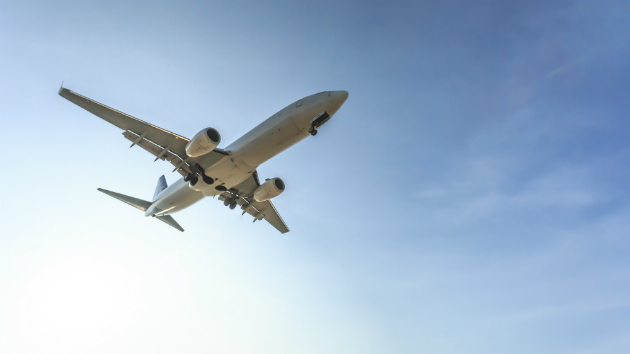 iStock/Thinkstock(NEW YORK) — Along with the electronics, clothing and big-box items people wait all year to buy on Black Friday, now's also the time to score big savings on travel.
The good news for fliers is that airfare sales will extend beyond Friday, and deals will be available on both Cyber Monday and the lesser-known Travel Tuesday.
In fact, this might be one time where the early bird doesn't get the deal. The airfare prediction site Hopper told ABC News' Good Morning America that it expects twice as many fare sales on Travel Deal Tuesday than on Black Friday and Cyber Monday combined.
An analysis of historical flight pricing data found that fare sale activity significantly spiked on the Tuesday after Thanksgiving, Hopper said. The site attributes this to travel demand declining following Thanksgiving. Most travelers have already booked their holiday airfare but haven't started planning winter getaways yet.
It's also worth checking out carriers that may be less familiar to travelers for the best Travel Tuesday deals. Among the airlines that have announced sales so far are Cathay Pacific, Icelandair, Philippine Airlines, South African Airways and Hawaiian Airlines.
For those willing to travel in the next few weeks, it's one of the cheapest times of the year, according to Rick Seaney, CEO of FareCompare.

In his latest column for GMA, he wrote, "This end-of-the-year cheap-flight zone is neatly sandwiched between Thanksgiving and Christmas, from about Nov. 27 or 28 until mid-December. It's those peaceful couple of weeks after turkey day travel ends, just before the Christmas rush."
But don't discount the more traditional Black Friday and Cyber Monday sales. Kayak told GMA that depending on where you're headed, fantastic fares can be found.
Far-flung destinations from the U.S. will offer the biggest bargains: Black Friday airfare to the South Pacific is down 26 percent while flights to South America and Africa are 9 and 7 percent cheaper, respectively.
If you don't save on the airfare, you may be able to make it up with hotel discounts.
Hopper said rates in major markets such as New York, Los Angeles, Las Vegas and Miami may be 35 percent cheaper on Travel Tuesday.
In popular warm-weather destinations, standout savings of more than 50 percent can be found at The Sanctuary Cap Cana resort: Book from Nov. 21-27 and travel between Dec. 1-27.
Jewel Grande Montego Bay Resort & Spa in Jamaica is offering a Cyber Monday deal, featuring 54 percent off room rates. The deal applies to stays from Aug. 16, 2019, to Dec. 23, 2019.
Meliá Nassau Beach, Bahamas, is offering discounted room rates but travelers must book before Nov. 30 to get the deal.
Copyright © 2018, ABC Radio. All rights reserved.