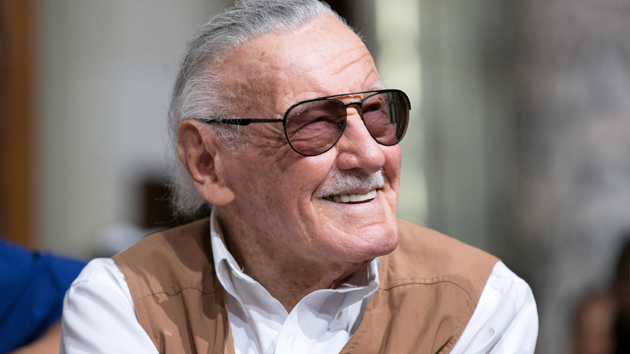 Gabriel Olsen/FilmMagic(NEW YORK) — It's plain Bill Maher isn't a big fan of comics, judging by his recent comments about them in the wake of Marvel comics legend Stan Lee's death — comments that aren't sitting well with Lee's fans, or his estate.

On his 'Adulting' blog, the host of HBO's Real Time with Bill Maher wrote, in part, that Americans were in "Deep, deep mourning for a man who inspired millions to, I don’t know, watch a movie, I guess."

After saying he has "nothing against comic books," Maher goes on to essentially say they're for children, and not "actually sophisticated literature," as he says some consider them. He concludes by implying that the popularity of comics among adults is a sign of declining intelligence as a nation, writing, "I don’t think it’s a huge stretch to suggest that Donald Trump could only get elected in a country that thinks comic books are important."

Predictable fan backlash aside, Lee's estate has responded through his production company, POW! Entertainment. In an open letter posted online, they declare, "to say that Stan merely inspired people to 'watch a movie' is in our opinion frankly disgusting."

The letter continues: "Countless people can attest to how Stan inspired them to read, taught them that the world is not made up of absolutes, that heroes can have flaws and even villains can show humanity within their souls. He gave us [heroes] and stories that offered hope to those who felt different and bullied while inspiring countless to be creative and dream of great things to come."

The letter ends with: "[W]e will rely on another of Stan’s lessons to remind you that you have a powerful platform, so please remember: “With great power there must also come — great responsibility!”

As of Tuesday afternoon there was no public response from Maher.