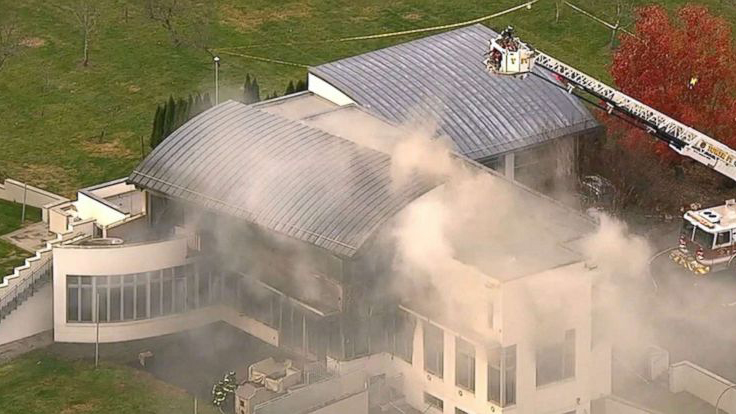 WABC-TV(COLTS NECK, N.J.) — The bodies of two adults and two children were found in a New Jersey house fire that is being investigated as arson, officials said Tuesday.
One body, that of a male, was found at the front of the home in Colts Neck, police said during a press conference Tuesday afternoon. The bodies of the other adult and two children were found badly burned inside, and the medical examiner's office is currently working to identify them, police added.
Firefighters responded to reports of a fire at a mansion on Willow Brook Road in Colts Neck around 1:30 p.m., ABC-owned station WABC-TV reported.
The prosecutor's office is investigating this fire along with another fire at 27 Tilton Drive in Ocean Township that occurred at around 5:20 a.m. Tuesday morning, officials told ABC News.
The home in Ocean Township is owned by a relative of the registered owner of the house in Colts Neck, authorities said.
The prosecutor's office declined to comment on whether the two fires were connected but said it was "something we're investigating."
Both fires appear to be suspicious, according to authorities.
This is a developing story. Check back for updates.