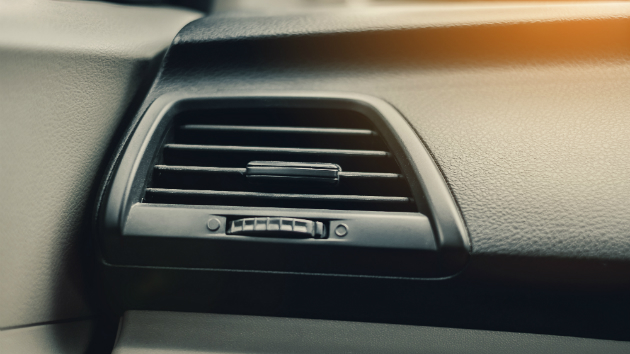 iStock/Thinkstock(NEW YORK) — Most Americans can't get enough of that "new car smell" — as proof, see the countless air fresheners that purport to restore it to your car as it ages.
But the coveted scent — really a potpourri of new leather, plastic bonding material and other agents — is offensive to customers in the world's largest car market: China.

"Unpleasant interior smell/odor remains the top industry problem in that market," said Brent Gruber, senior director, global automotive, at J.D. Power. "To put that in context, it is nearly double the problem rate of the second most prevalent problem, excessive fuel consumption."
Because of that, the Detroit Free Press reports that Ford has filed a patent for a process that will rid brand new cars of that new car smell, to make the vehicles more palatable to Chinese noses.
It's thought their patented process will seek to "bake" out the smell by exposing the interiors to higher temperatures: essentially accelerating what naturally occurs as your car ages. The "new car smell" fades as that combination of scents from the new car materials is exposed to the heat outside, inside as the interior sits under the sun, and is exposed to temperatures from the car's heater.
Last year, Ford sent "18 smell testers, or so-called 'Golden Noses'" to make sure their cars pass the smell test, the paper reports.
Copyright © 2018, ABC Radio. All rights reserved.