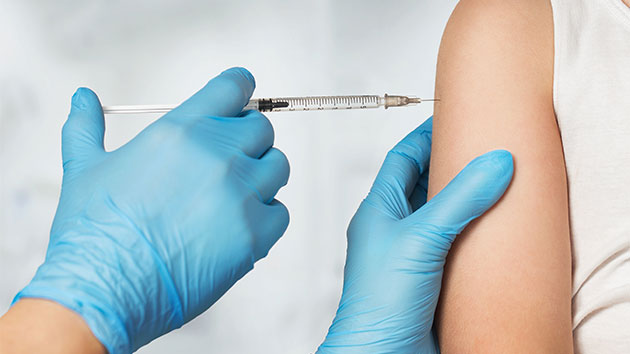 iStock/Thinkstock(NEW YORK) — Last year’s flu season was among the deadliest the U.S. has seen in decades. But with this year’s flu season already underway, about a third of parents say their kids won’t be getting the flu shot, according to a recent poll.

Thirty-four percent of parents said their child was unlikely to get the flu vaccine this year, according to a poll conducted by C.S. Mott Children’s Hospital in Michigan.

Parents that chose to forgo the vaccine for their children were seven times more likely to cite sources that made them doubt the vaccine or not want it altogether. According to the poll, these parents often based their decision on comments from family or close friends, other parents, internet websites, comments from their children’s health care providers and parenting books or magazines.

“Parents who take this approach may encounter a range of information sources. Some of these sources may offer accurate information, while others offer misinformation, such as suggesting that flu vaccines cause the flu, that influenza is not a serious disease or that healthy children do not suffer serious consequences from influenza,” according to the poll’s analysis.

The nationally representative poll was based on responses from 1,977 parents who had at least one child between the ages of 1 and 18 years old.

According to the Centers for Disease Control and Prevention, 185 children died during the 2017-2018 flu season. Eighty percent of them did not receive the flu vaccine.

More than an estimated 900,000 people were hospitalized with the flu during last year’s flu season, and more than 80,000 people died, according to the CDC. Although it is more likely to cause life-threatening complications in certain people, like the elderly or those with compromised immune systems, anyone can get sick from the flu.

The CDC recommends that everyone age 6 months or older get the vaccine before the end of October so that the body has time before flu season peaks to build an immune response. However, the vaccine can still benefit those who receive it later than October.

#TeamJosh: ‘Younger’ star Nico Tortorella reflects on character’s journey ahead of final season
Next time your kids are fighting, try a ‘toy draft’
Pause on Johnson & Johnson vaccinations in Pennsylvania
Worried about your J&J COVID vaccine as shots are paused? Don’t be, experts say.
Governors question Biden decision on J&J, warn of potential hit to vaccine confidence
Daniel Dae Kim reveals his ‘Lost’ character was supposed to be killed off in the first season