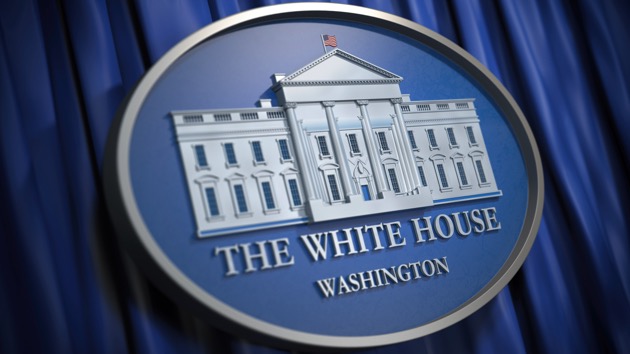 iStock/Thinkstock(WASHINGTON) — The Trump White House in a letter says it is dropping its effort to suspend the press pass belonging to CNN's chief White House correspondent Jim Acosta but has outlined a set of rules that, if they aren't followed, "may result in suspension or revocation" of a journalist's press pass.
"Your hard pass is restored," White House press secretary Sarah Sanders and deputy chief of staff for communications Bill Shine wrote to Acosta. "Should you refuse to follow these rules in the future, we will take action in accordance with the rules," they wrote after outlining the rules. Trump was "aware of this decision and concurs," according to the letter.
The letter outlines four rules: a journalist "will ask a single question and then will yield the floor to other journalists," follow-up questions will be permitted "at the discretion of the president or other White House officials taking questions," "yielding the floor" is defined as "physically surrendering" the microphone and, lastly, "failure to abide" by any of the rules may result in "suspension or revocation of the journalist's hard pass."
Acosta was stripped of his press pass without warning earlier this month after a heated exchange during a press conference with President Donald Trump one day after the midterm elections. His press pass was temporarily restored by a court order Friday and the judge ordered both legal teams to submit a status report detailing how they would like to proceed by 3 p.m. on Monday.
The Friday ruling guaranteed Acosta use of his press pass to the White House through the end of the month. But over the weekend, the White House wasted no time informing Acosta of a “preliminary decision” to suspend his pass after that period is up. Lawyers for CNN responded Monday by filing for an emergency hearing the week after Thanksgiving, “or as soon thereafter as possible.”
CNN has since dropped its suit saying in a statement "Today the White House fully restored Jim Acosta's press pass. As a result, our lawsuit is no longer necessary. We look forward to continuing to cover the White House."
The letter cites “behavior” at a press conference the day after the midterms that “violated the basic standards governing such events” as the reason to suspend Acosta’s pass. It’s signed by Bill Shine, deputy chief of staff for communications, and Sarah Sanders, White House press secretary, who are both named as defendants in the initial lawsuit.
Over the weekend, Acosta and CNN’s legal team wrote back to Sanders and Shine, calling the letter an “attempt to provide retroactive due process” and requesting the White House “refrain from — yet again — violating the constitutional rights of CNN and Acosta.”
In the letter, Acosta wrote that there were "no so-called 'widely understood practices'" governing press conferences, which the White House jumped on in outlining four rules on Monday.
CNN filed a lawsuit earlier this week claiming that revoking Acosta's press pass to the White House, known as a "hard pass," violated the First Amendment.
U.S. District Judge Timothy J. Kelly repeatedly emphasized at the court hearing on Friday that his decision to return Acosta's press pass, with a temporary restraining order as litigation continues, was based on the Fifth Amendment, under which the judge ruled Acosta was denied his right to due process. Due process would give Acosta and CNN the chance to rebut and challenge the appropriateness of the government’s action.
In his closing remarks, Kelly made clear that the ruling, which is only the beginning of the court proceedings to decide Acosta’s White House access, was narrow and didn’t determine whether or not Acosta’s First Amendment right was violated.
Copyright © 2018, ABC Radio. All rights reserved.

Epstein’s former house manager testifies, calls Ghislaine Maxwell ‘lady of the house’
New York scientists double down on efforts to track new omicron variant
See a life-sized house made of candy come to life on Hulu’s ‘Candified: Home for the Holidays’
Airbnb letting you stay in the ‘Home Alone’ house for the holidays
Simone Biles named one of the People of the Year, ‘White Men Can’t Jump’ remake, and more
Gucci family blasts “ignorant and insensitive” portrayal in ‘House of Gucci’