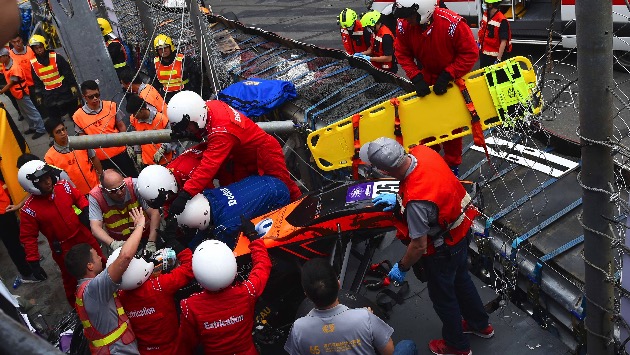 Mai Shangmin/China News Service/VCG via Getty Images(MACAU, China) — A teenage race driver is lucky to be alive today after a crash that stunned everyone at the Macau Grand Prix in China over the weekend.
Sophia Floersch, a member of the Netherlands-based Van Amersfoort Racing team, flipped her Formula 3 car at 170 mph after clipping a Japanese race car. The flip hurled the 17-year-old's car backwards, slamming it into a booth.
The crash sent five people to the hospital with serious injuries, and caused the remainder of the race to be halted for over an hour.
Floersch, remarkably still conscious after the accident, was taken to the hospital and initially diagnosed with a spinal fracture.
Floersch is scheduled for surgery Monday.