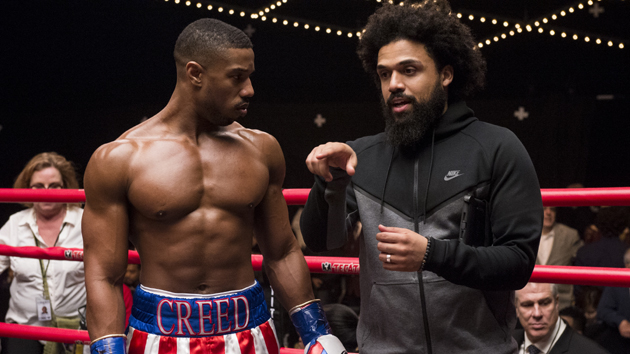 Michael B. Jordan and director Steven Caple Jr. on the set of "Creed II"; Barry Wetcher/Metro Goldwyn Mayer Pictures/ Warner Bros. Pictures(NEW YORK) — Michael B. Jordan was more than ready to reprise his role as heavy-weight champion Adonis Creed in the upcoming boxing drama Creed II. Although his long-time collaborator Ryan Coogler decided to pass his directing duties over toSteven Caple Jr., Jordan says the new director still made sure to respect the integrity of Coogler's work.

"Coog [and I] we started this thing," he said. "So, you know we always had that bond and relationship and he still had his fingerprints on this one as well. But, respectfully so, he wanted to just let Steven do his thing as well."

According to Jordan, Caple proved to be "an amazing director," who showed "similarities" to the Black Panther helmer.

"He's so talented," Jordan continued. "You know, from Cleveland, Ohio, from independent film, came out of Sundance as well, went to USC. You know, there's a lot of similarities there as well between him and Coogler — in a positive way."

As Jordan gears up for the release of his highly anticipated sequel, the actor says he's thankful Caple came on board with respect and with his own vision.

"He was very respectful of what we already started, the characters that we built," he explains. "He wanted to collaborate with us to see what we thought about our characters, where do we want to go, et cetera. So it was a very collaborative process. But at the same time, Stephen had a vision."