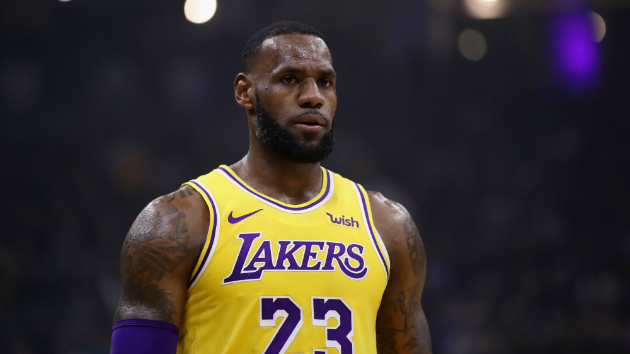 Ezra Shaw/Getty Images(MIAMI) — LeBron James finally claimed his first win in Miami since parting ways with the Heat four years ago.
James scored 51 points Sunday night, helping the Los Angeles Lakers beat the Heat, 113-97. The win marks his first victory in Miami since leaving the Heat in 2014, and his first win there as a member of the visiting team since 2010, according to ESPN.
"[I]t's always great to be here, come back here and see a lot of familiar faces," James said after the game. "We had some not-so-good times, we had more great times. So it's always a respect factor and a love for the people of Miami, especially the people who work here. We put in a lot of time."
With his 51 points Sunday, James also became the fifth player in NBA history to score 50 or more points with three teams — the Cleveland Cavaliers, Miami Heat and Los Angeles Lakers.
Copyright © 2018, ABC Radio. All rights reserved.