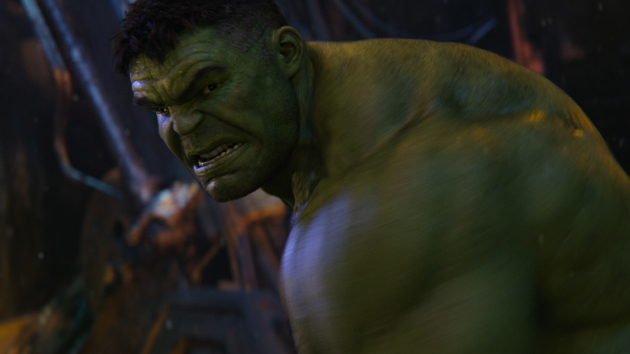 Marvel Studios/Disney(NEW YORK) — Need another reason to wish you still had all of your old comic books? A copy of the first issue of Marvel's The Incredible Hulk comic book just sold for over $167,000.

Published in May of 1962, the issue introduces the world to scientist Dr. Bruce Banner who, after unintentionally receiving a dose of gamma radiation, transforms into the huge, hulking green monster when he's emotionally stressed. Marvel comics legend Stan Lee — who died a week ago today at age 95 — wrote the story, with artwork by the equally legendary Marvel artist Jack Kirby, who passed away in 1994.

Auction house Huggins & Scott says the comic's owner purchased it new and read it once before putting it in storage, which explains the book's excellent condition. Only 1,065 graded copies of The Incredible Hulk #1 are known to exist, meaning those copies have been examined and awarded a numerical 1-10 grade based on condition. The Huggins & Scott issue, the full sale price of which was $167,280, was graded an 8.5, which puts it in the top 2% of the known issues in terms of quality, the auction house says, with only 18 others graded higher.

Adding to the book's value: The original run of The Incredible Hulk lasted only six issues, through March of 1963, before the character — who still appeared in other Marvel comics — was again given its own book in 1968. Since then, of course, The Incredible Hulk has become one of Marvel's legendary and most popular characters. Played by Mark Ruffalo, it most recently appeared in this year's global box office smash Avengers: Infinity War.

Great Scott! ‘Back to the Future’ hoverboard sells for half a million bucks at auction
COVID-19 live updates: FDA may issue guidance on boosters for adults as soon as this week
Reese’s new giant peanut butter cup pie for Thanksgiving sells out in hours
Tom Holland praises “most incredible person” Zendaya after her Fashion Icon award win
Three Ivy League universities issue temporary evacuations after receiving bomb threats
Report: Angelina Jolie sells her share of the winery she co-owned with Brad Pitt