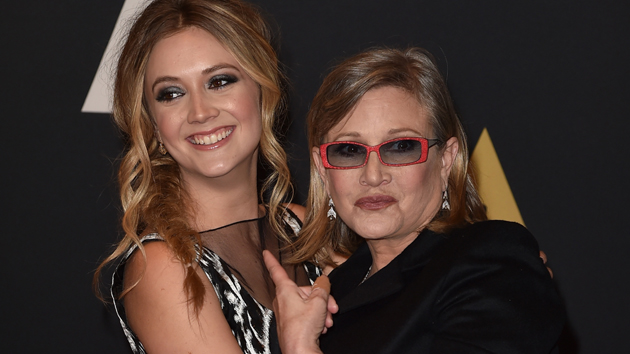 The 26-year-old actress recently revealed that a large part of her coping process can be credited to working on American Horror Story, and to the show's creator, Ryan Murphy. She just wrapped up season eight of the hit FX show, AHS: Apocalypse, after joining its seventh season, AHS: Cult, in 2017.

"When Ryan offered me Cult, it was just a few months after my mom passed, and it honestly helped me process all of my emotions through these characters," Lourd told Entertainment Tonight. "Being able to cry for Winter helped me cry for myself," she said about the connection she shares with her Cult character.

"And it's been really healing and cathartic in an amazing way, and getting to be around all the incredible people on set, they've become like a family to me, and I cannot thank Ryan enough," Lourd added. "Honestly, it kind of saved my life."

"These women are some of my best friends now. Leslie Grossman, Sarah [Paulson], Emma [Roberts], it's incredible to be on set with them," Lourd told ET. "I feel so lucky, I pinch myself every day. It's so fun."

Lourd said working on the show has been "challenging" yet "so much fun."

"I would do as many seasons as they would offer me," Lourd said. "And I would do anything Ryan asked me to do. I trust him with all of my heart."

This is Lourd’s second project with Murphy: She also starred in Fox’s Scream Queens for two seasons before it was canceled in 2016.