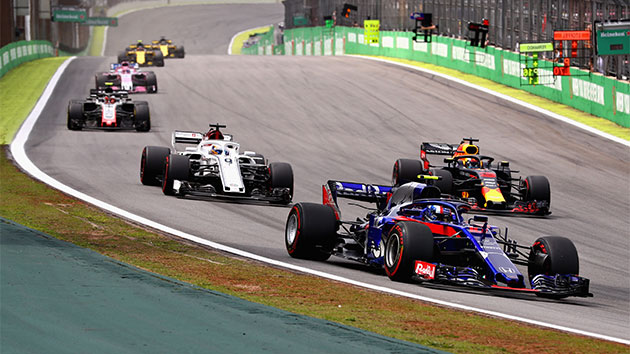 Floersch was going 167 miles per hour when she lost control of the car and vault up over another race car, before crashing into stands holding race officials and photographers.

The race was stopped after the crash. Officials say Floersch was conscious and taken to the hospital, where the initial diagnosis was a spinal facture.

Floersch later tweeted that she was okay.

Just wanted to let everybody know that I am fine but will be going into Surgery tomorow morning. Thanks to the @fia and @hwaag_official @MercedesAMGF1 who are taking great care of me.
Thanks to everybody for the Supporting messages.
Update soon.

Four others were injured in the crash.

The race was delayed for more than an hour before it re-started. Dan Ticktum won the race.