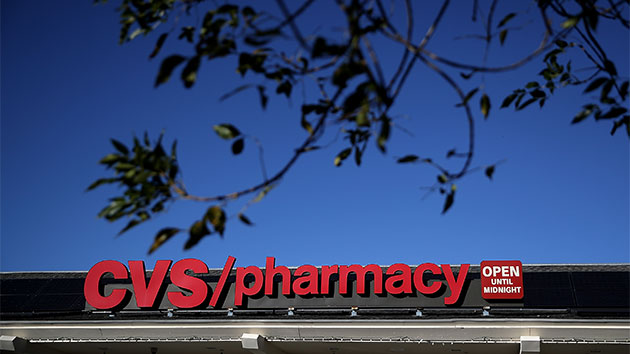 Justin Sullivan/Getty Images(NEW YORK) — The state of Florida has sued the two largest pharmacy chains in the country over the sale of opioids — an epidemic that has killed thousands in the state in just the past few years.

Attorney General Pam Bondi announced the state had amended an original lawsuit, filed in May, to include both CVS Pharmacy and Walgreens. Insys Therapeutics, the specialty pharmaceutical company that produces Subsys, the brand name for a type of fentanyl, was also added to the complaint.

CVS and Walgreens are the two largest pharmacy chains in the country, according to health care marketing firm SK&A, with about 18,000 stores between the two brands. Walgreens operates 820 stores and CVS operates 754 stores in Florida, according to the lawsuit.

"We will continue to pursue those companies that played a role in creating the opioid crisis," Bondi said in a statement. "Thousands of Floridians have suffered as a result of the actions of the defendants."

"Opioid use has had tragic consequences for communities across Florida, and the State has been forced to expend enormous sums as a result of the opioid crisis," the introduction to the lawsuit reads. "The crisis has a cause: Defendants cooperated to sell and ship ever-increasing quantities of opioids into Florida."

Florida has been hit hard by the country's opioid crisis.

In 2016, the latest data available, 2,798 people died from opioid overdoses, according to the National Institute on Drug Abuse. The rate of 14.4 deaths per 100,000 people is 1.1 deaths above the national average.

According to the Centers for Disease Control, the nationwide number of overdose deaths involving prescription opioids was five times higher in 2016 than 1999.

"Defendants reaped billions of dollars in revenues while they knew, or should reasonably have known, that they were causing immense harm to the State and its citizens," according to the lawsuit.

CVS distributed 700 million dosages of opioids in Florida from 2006 to 2014, according to the suit. The lawsuit says one Florida town of just 3,000 people was supplied with 285,800 orders of oxycodone in one month by a Walgreens distribution center.

The state is seeking a jury trial in the civil case.

Bondi has been mentioned as a possible replacement for U.S. Attorney General Jeff Sessions, which President Donald Trump confirmed on Saturday.