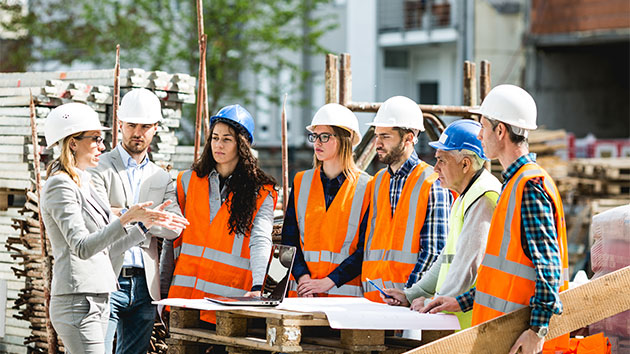 iStock/Thinkstock(NEW YORK) — With suicide rates rising across the country, a new report from the Centers for Disease Control and Prevention (CDC) finds that certain occupations are associated with a higher risk of suicide.

Suicide rates were highest among men who worked in construction or extraction (oil rigging, mining) jobs and women who worked in arts, design, entertainment, sports and media, the report found.

The study, published in the CDC’s Morbidity and Mortality Weekly, looked at suicide rates by occupation within a group of 22,053 people, ages 16 to 64, in 17 participating states between 2012 and 2015. The authors note in their summary that the results are not nationally representative.

During that time, suicide rates rose the sharpest among men working in arts, design, entertainment, sports and media, and among women working in food preparation and service-related occupations, the CDC study found.

“Increasing suicide rates in the U.S. are a concerning trend that represent a tragedy for families and communities, and impact the American workforce,” said Dr. Deb Houry, director of the CDC's National Center for Injury Prevention and Control, in a press release.

The study noted that suicide rates increased across many occupational groups in the four years that were studied, and said that factors that contribute to suicide aren’t limited exclusively to problems a person may have with his or her job.

The relationship between suicide and occupation might also be “confounded by access to lethal means on the job and socioeconomic factors such as lower income and education,” the study's authors reported. The study did not, however, look deeper into these factors.

The CDC said that the new information may help workplace leaders better focus their prevention programs and policies. For high-stress jobs, these efforts may already be in place, Poole-Boykin said, noting that “it would be wise to seek professional help when discontentment causes problems with [someone’s] mood.”

“People who are contemplating suicide often have changes in their mood, as well as the way they talk and behave,” Poole-Boykin said.

Common signs, in addition to verbally expressing suicidal thoughts, include a person expressing feelings of being trapped or of being a burden to others, Poole-Boykin said. A person might also feel depressed, anxious, irritable — or all three at once. He or she may lose interest in their usual hobbies or isolate themselves.

“When these warning signs are present, a person should seek mental health care as soon as possible,” Poole-Boykin said, “as it may be too difficult for the person to will themselves into a better mental state.”