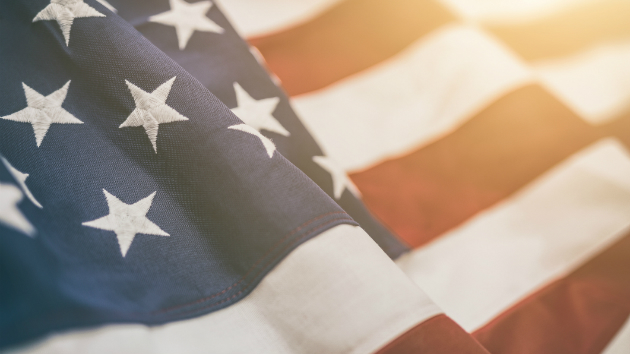 iStock/Thinkstock(NEW YORK) — The murder of 12 people at a bar in Thousand Oaks, California, earlier this month is the latest example of a veteran perpetrating a mass shooting, adding another complicated addition to a growing list of incidents of gun violence in the U.S.

Some see the discussion of veteran-involved shootings as promulgating of an inaccurate narrative that service members are prone to violence when they come home from war.
This is particularly sensitive after recent comments from President Trump that drew a connection between veterans, mental health issues, and violence.
“He was a war veteran. He was a Marine. He was in the war. He served time. He saw some pretty bad things, and a lot of people say he had PTSD, and that’s a tough deal,” Trump said on Nov. 9, referring to alleged shooter Ian David Long, two days after the shooting at Borderline Bar and Grill in Thousand Oaks, California. Long has been identified as a Marine Corps veteran, but it is unclear if Long was ever formally diagnosed with PTSD.
“People come back — that’s why it’s a horrible thing — they come back, they’re never the same,” Trump added.
Paul Rieckhoff, the CEO and founder of the non-profit group Iraq and Afghanistan Veterans of America, called Trump’s comments “extremely unhelpful.”
“They perpetuate a false and damaging narrative that veterans are broken and dangerous. Most people who suffer from PTSD, when able to access effective treatment, are able to live healthy, happy, meaningful lives,” Rieckhoff said in a statement.
Barbara Van Dahlen, the founder and president of the non-profit Give an Hour, which works to provide counseling help and other support to veterans, said that Trump’s comments spoke to an incorrect stereotype.
“People who go through war absolutely come back changed. You won't find a veteran or a family member of a veteran [who] won’t say that’s not true,” Van Dahlen said. “But what that means and how people take that to mean that… all of them are broken [or] more likely to go off, that is false,” she said.
That said, the shooting in Thousand Oaks is the latest addition to a list of U.S. mass shootings involving a veteran.
Three of the 10 deadliest mass shootings in modern U.S. history were at the hands of veterans: the Sutherland Springs shooting in 2017 that left 26 people dead, the shooting at Luby’s Cafeteria in California in 1991 where 23 people were killed, and the U.T.-Austin tower shooting during which a former U.S. marine sniper killed 14 people.
The military sometimes also factors into the location of these attacks, like in the case of the Washington Navy Yard shooting in 2012 in which a Navy veteran killed 12 people, or when an Army psychologist killed 13 people at Fort Hood in 2009.
But as the list of deadly shootings in America increases, so does the number and variety of shooters. The remaining seven of the 10 deadliest mass shooters didn’t have any known military ties. Neither did other high-profile shooters, like the perpetrators of Columbine, or the man who shot 11 people at a Pittsburgh synagogue in October.
Various studies point to links between post-traumatic stress disorder and anger or aggression, a theme that percolates around veteran-involved shootings because of PTSD rates among veterans.
According to statistics from the Department of Veterans Affairs, the levels of PTSD in veterans varies by their service area. Between 11 and 20 percent of veterans of Operations Iraqi Freedom and Enduring Freedom, which largely focused on the wars in Iraq and Afghanistan respectively, have PTSD in a given year. By contrast, 12 percent of Gulf War veterans have PTSD in a given year, and an estimated 30 percent of Vietnam War veterans had PTSD in their lifetime, according to the VA.
By comparison, the VA reports that 7 to 8 percent of the general U.S. population develops PTSD at some point in their lives.
Van Dahlen said that post-traumatic stress “creates a risk factor” but doesn’t necessarily a determinate as to whether or not a veteran will become a deadly shooter.
“That risk factor is then one within a whole collection of other factors, and some of those factors decrease the likelihood of violence or dysfunction and others exacerbate,” Van Dahlen said.
“Some of the people who come back with post-traumatic stress will be at risk for a number of either dysfunctional [or] destructive painful experiences that they themselves either are the recipient of or the initiator of,” she added, noting that is particularly the case if they have other contributing factors like substance abuse, brain injuries or other traumas.
Van Dahlen was quick to point to the fact that veterans who become mass shooters are anomalies — as are mass shooters within the larger population — and not the rule.
Veterans with PTSD can get treatment that can help reduce the risk factor presented by PTSD, and mediating factors like a supportive social network or a meaningful job are also important. Van Dahlen said that Give an Hour has “seen an increase in the last couple of years” in the number of requests for help that they’ve received.
“Our society is just not good with dealing with these issues,” she said. “We do not deal with mental health and mental health challenges.”
Copyright © 2018, ABC Radio. All rights reserved.