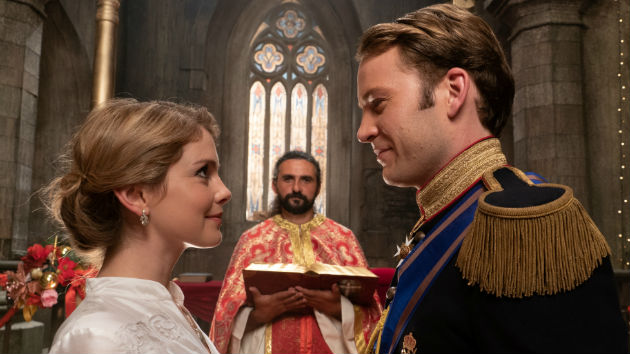 Courtesy of Netflix
Posted on November 16, 2018 by ABC News

Courtesy of Netflix(LOS ANGELES) — Ready for another royal wedding?

The follow-up to your favorite holiday guilty pleasure movie, A Christmas Prince, has released its first trailer. The Netflix sequel, A Christmas Prince: The Royal Wedding, takes place a year after the first film, as journalist Amber plans her nuptials to the now-king of the fictional Aldovia, Richard.

The trailer shows Amber, played by iZombie’s Rose McIver, feeling overwhelmed by her new royal duties and the prospect of having to give up her blog in order to be a queen.

The first film debuted last year and was a surprise success. A Christmas Prince: The Royal Wedding premieres on Netflix November 20.