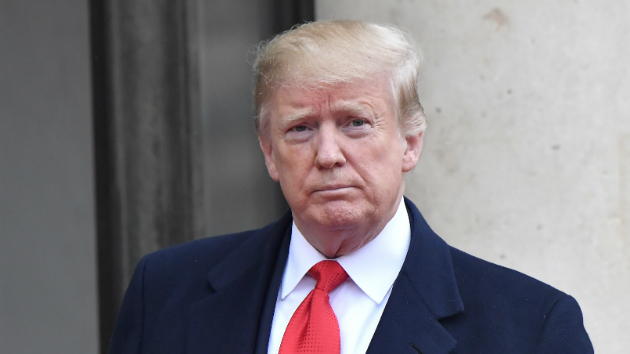 The questions center on alleged Russian meddling during the 2016 election cycle, which Mueller is tasked with investigating, according to ABC News sources. The nearly year and a half long probe by the special counsel stems from allegations that Russia may have coordinated with members of the Trump presidential campaign.
Sources told ABC News the president was irritated with a handful of the questions — a sentiment his personal attorney Rudy Giuliani shared with the Washington Post.

“There are some that create more issues for us legally than others,” Giuliani told the Washington Post. He said some were “unnecessary,” some were “possible traps,” and “we might consider some as irrelevant.”
The president's legal team declined to comment when reached by ABC News.
Some 32 individuals and three Russian businesses have been indicted by Mueller and his team of prosecutors on charges ranging from computer hacking to obstruction of justice. Those indictments have led to six guilty pleas and three people sentenced to prison.
Copyright © 2018, ABC Radio. All rights reserved.