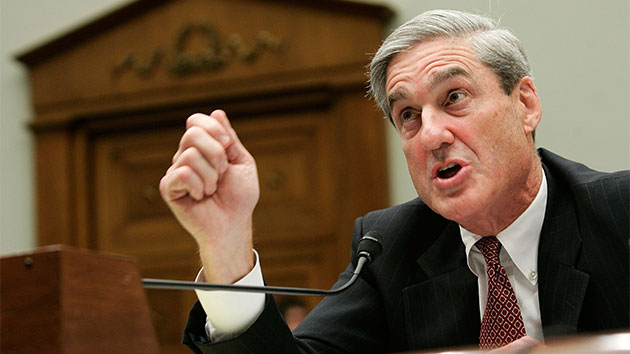 Alex Wong/Getty Images(WASHINGTON) — More than three dozen sealed criminal indictments have been added to the federal court docket in Washington, D.C. since the start of 2018.

Sealed criminal court files are assigned a case number, but do not indicate the identity of the parties or the nature of the charges, so it is impossible for the public to discern what those sealed cases contain.

But several legal experts told ABC News the number of sealed cases awaiting action right now is unusual. Fourteen were added to the docket since late August alone, a review by ABC News has found, just as the midterm elections were drawing near and longstanding Justice Department policy precluded prosecutors from taking any public action that could appear to be aimed at influencing political outcomes.

And the inadvertent discovery on Thursday night of what appear to be secret charges pending against WikiLeaks founder Julian Assange has drawn fresh attention to the mystery. Legal experts told ABC News that the sealed cases could be tied to Special Counsel Robert Mueller’s ongoing investigation of Russian interference in the 2016 election and possibly part of a quiet effort to protect his investigation from any premature effort to shut it down.

“I assume that Mueller knew that once the election was over, there could be an existential threat to his investigation,” said Matthew Miller, a former senior Justice official under former Attorney General Eric Holder. “He knew the best thing to do was act before that.”

A spokesperson for the special counsel’s office declined to comment on the investigation or the uptick in sealed indictments.

Sealed indictments are often used in cases where a defendant is overseas and U.S. prosecutors don’t want to tip off their target before they have a chance to make an arrest. But they can also be used to pressure someone to flip on a more important target, according to Kendall Coffey, who served as U.S. Attorney in the Southern District of Florida in the mid-1990s, “especially if there was someone who presented the hope of providing proactive assistance – undertaking conversations, especially recorded conversations with other suspects in the investigation.”

Mueller has used a sealed indictment before. The case against unpaid Trump campaign aide George Papadopoulos remained a secret for three months before charges of lying to investigators were eventually made public in October 2017. Only then, after Mueller's team secured a cooperation agreement, did the public learn the one-time foreign policy advisor would be the first from Trump’s campaign to plead guilty in the probe.

Brett Kappel, a veteran political law expert said he calculated that 16 percent of all the criminal cases filed thus far in 2018 remained under seal, a number he considered “unusually high.” And those were kept under seal much longer than usual, he said.

“They normally only remain sealed until the person who has been indicted has been apprehended,” he said. “The other major reason why a case is initially sealed is that publicly revealing the name of the accused would impede an ongoing investigation.”

Coffey said he did not know if the stack of secret charging papers had any ties to Mueller. But if they did, he said, they would have enabled the special counsel’s team to keep cases moving ahead of the midterms.

“If indeed Mueller had prepared cases for prosecution but did not want the announcement to impact on pending elections then a sealed indictment might have been the preferred method,” Coffey said.

And there was good reason, Miller said, for Mueller to lock in charges before the midterms.

Mueller can only indict someone with the approval of the Attorney General, and once the indictments have been approved and filed, any effort to withdraw charges would involve a judge.

At the time, those approvals fell to Deputy Attorney General Rod Rosenstein because Attorney General Jeff Sessions had recused himself from the Russia matter. But President Trump had sent strong signals he planned to replace Sessions after the elections with someone who might be more willing to curtail the probe into Russian election interference and possible collusion.

The day after the elections, Trump appointed acting Attorney General Matthew Whitaker, who has previously denounced the Mueller probe. A Justice Department spokeswoman said this week that Whitaker “is fully committed to following all appropriate processes and procedures at the Department of Justice, including consulting with senior ethics officials on his oversight responsibilities and matters that may warrant recusal.”

“You can’t prevent a new AG from blocking new indictments,” Miller said. “But if you were ready to move on cases, you could return a bunch of indictments under seal. If the stumbling block is approval from Mueller’s supervisors, you get that approval while you still have a supervisor who approves of your work.”