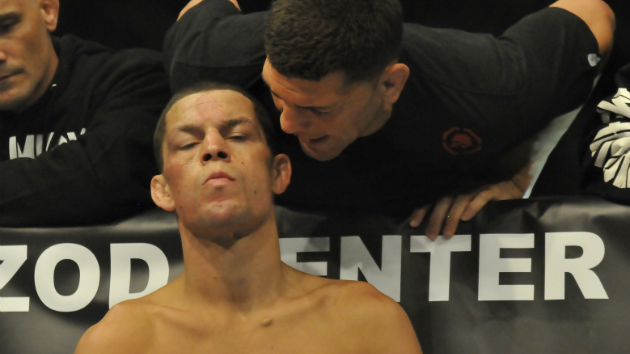 David Dermer/Diamond Images/Getty Images(NEW YORK) — Nick Diaz is returning to the Octagon after four years.
The UFC welterweight will face Jorge Masvidal on March 2 in Las Vegas at UFC 235, according to UFC President Dana White.
While contracts for the fight have not yet been signed, they are close to being completed, sources tell ESPN.
Diaz last fought in January 2015 against Anderson Silva. While he lost the bout to Silva, the result of the fight was later changed to a no-contest after both fighters tested positive for drugs.
Copyright © 2018, ABC Radio. All rights reserved.