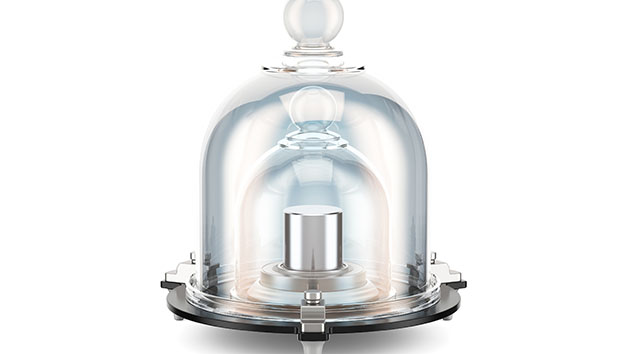 iStock/Thinkstock(PARIS) — Scientists from 60 countries voted in a historic event in Versailles, France on Friday to change the definition of the kilogram, basing it on electric currents rather than a single solid object.

The decision, made at the General Conference on Weights and Measurements, will retire the object known as "Le Grand K," a small cylindrical ingot made of platinum-iridium that has been used for more than 130 years to define a kilogram.

Le Grand K is stored at the International Bureau of Weights and Measurement in a vault, where it stands within three bell jars. Three keys are required to access it, and each one is held by a different person. Yet, despite its heavy security, the cylinder has begun to wear away, causing slight inaccuracies in the way we define and measure a kilogram.

The new definition will rely on the Planck constant, a fundamental constant used in quantum physics much like the speed of light is fundamental in Albert Einstein's theory of relativity.

"It describes the size of the packets of energy… that atoms and other particles use to absorb and emit energy," according to a statement from the National Institute of Standards and Technology.

“The current kilogram mass exerts a specific amount of force in Earth’s gravity,” NIST said. “The revised definition replaces this determination of mechanical force with an electromagnetic measurement tied to the Planck constant and based on electrical current and voltage.”

Relying on a natural constant to define kilogram will pave the way for more accurate and precise work, particularly in the fields of science and technology, said Barry Inglis, director of the International Committee for Weights and Measurements, in a statement.

For the average person, however, the new definition shouldn't make much of a difference.

In addition to redefining the kilogram, the scientists voted on Friday to redefine three other base units from the International Systems of Units: the ampere, the kelvin and the mole.