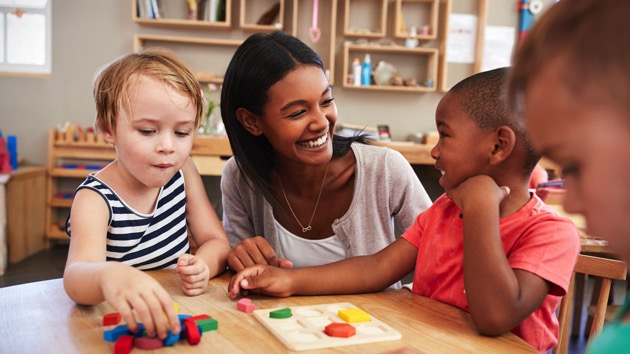 iStock/Thinkstock(NEW YORK) — Once kids reach a certain age, they're expected to address adults as something other than "so-and-so's mommy" and "so-and-so's daddy."
In school, the rules are clear. The teacher indicates on day one what the students should call him or her — and that's that.
But outside of school, when addressing their friends' parents and their parents' friends, the rules for what children should call adults are totally unclear.