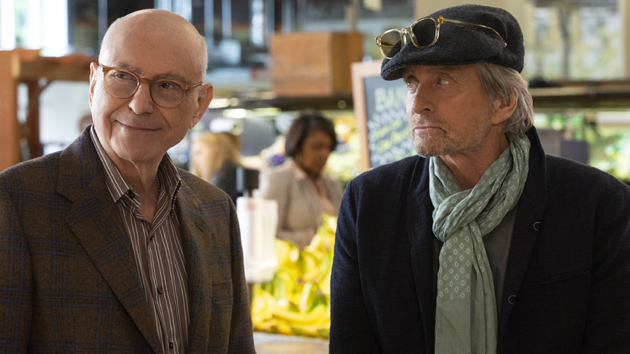 Douglas tells ABC Radio that the veteran actors have great chemistry, despite the fact that they'd "never been in the same room" together before.

"I never even seen any of his movies, says Douglas. "I haven't either," adds Arkin. "I said yeah, he's the guy that did [the 2017 dirt bike drama] Champion. I'd like to work with him."

The Kominsky Method marks Douglas' first regular TV role since the 1970s cop drama, The Streets of San Francisco, but he thinks this one's a completely different animal.

While many older actors find it harder to get work, Arkin — who celebrated his 84th birthday back in March — is busier than ever.

"It's hard to believe, if anybody told me this was happening I'd say you were lying. I'm getting more offers now than I've gotten in years and years," he says.