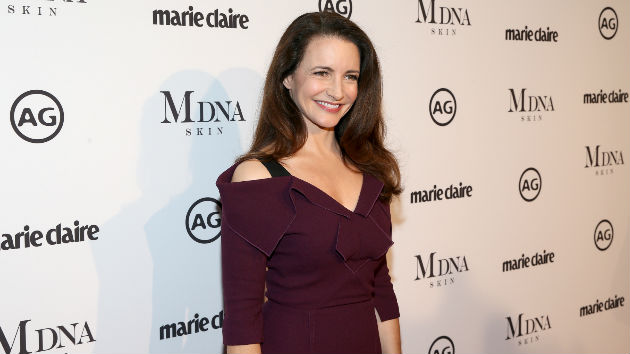 Phillip Faraone/Getty Images for Marie Claire(NEW YORK) — Sex and the City actress Kristin Davis has revealed that acting quite literally saved her life.

In an episode of the podcast Origins with James Andrew Miller about the hit HBO series, she credits her early acting jobs with helping her overcome an alcohol addiction.

“I don’t think I would be alive,” she says. “I’m an addict. I’m a recovering alcoholic. If I hadn’t found acting…acting is the only thing that made me want to ever get sober. I didn’t have anything that was that important to me other than trying to dull my senses.”

Davis, who played Charlotte on SATC, admits that she once feared she would die young.

“I didn’t think I would live to be 30,” the now-53-year-old says. “I started drinking very young and luckily I quit very young, before any success happened, thank goodness.”

She adds, “Because my love for acting was so big when I was very young, I had something that was more important to me than just drinking.”