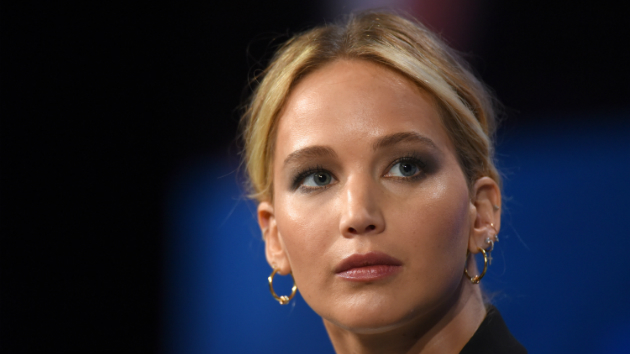 Riccardo Savi/Getty Images for Concordia Summit(NEW YORK) — Luxury brand Dior and actress Jennifer Lawrence are facing claims of cultural appropriation amid backlash from a recent ad campaign.
The actress, who started working with the French fashion house in 2012, and has since starred in multiple campaigns for the label, is featured in its Cruise 2019 campaign. Dior said the inspiration for the collection was, "the escaramuzas of Mexico," female equestrians who take part in a competitive, rodeo-like sport called charreada.
"With their strong, sculpted bodies clad in costumes that emphasize their femininity (full skirts, embroideries, bright colors, large hats and flowers), these women proved an inspiration to Maria Grazia Chiuri, the artistic director of the Dior women’s collections," according to the brand.
In the advert, Lawrence describes the meaning behind the collection.
"One of the main inspirations for this collection is the traditional women riders of Mexico. So I'm really excited that this collection is looking at and celebrating these women's heritage through such a modern lens," Lawrence said. "We've been shooting in a beautiful ranch in California with rolling hills, and I can't think of a better landscape to highlight this collection."
"I grew up riding horses, so for me, it reminds of a time before fear. And freedom," she added.

However, many people are taking issue with the fact that there aren’t any Mexican women in the campaign.
Phoebe Robinson, a comedian and co-host of the "2 Dope Queens" podcast, drew major attention to the campaign earlier this week when she reposted the video of Lawrence along with a pointed take in the caption.
"Lol. Wut?! Sooooooooo, #Dior & #JenniferLawrence wanna celebrate traditional Mexican women riders thru a 'modern lens' …by having a rich white woman named Jennifer be the face of this campaign?” she wrote alongside a re-post of the campaign video.
“And like they couldn’t think of a better landscape to shoot than in California?! Hmm, I dunno, maybe…like…shoot…in…Mexico…with…a…Mexican…actress like Salma Hayek, Karla Souza, Jessica Alba, Selena Gomez, Eva Longoria, or many others. But I guess they were all unavailable, so you had to go with Jennifer Lawrence," Robinson wrote.
She said that using ‘modern’ to describe the campaign was, "ignorant and gross," and asked her followers to comment with names of Mexican designers she could lend support to.
The post garnered almost 60,000 views and over 1,000 comments.
The collection, which features everything from full skirts and embroidered jackets to corsets and saddlebags, was first revealed during the Cruise 2019 show on May 25, 2018, in France.
For the show, an escaramuza team of eight women on horseback, clad in custom-made Dior dresses, appeared alongside models. It's unclear if any of those on the team were Mexican.
“The reason I like the escaramuzas is because they do something that is so macho — rodeo — in our vision, but they decided to do that in their traditional dresses which are so pretty, so feminine,” Chiuri told Women’s Wear Daily in May.
ABC News has reached out to Dior for comment.
Copyright © 2018, ABC Radio. All rights reserved.