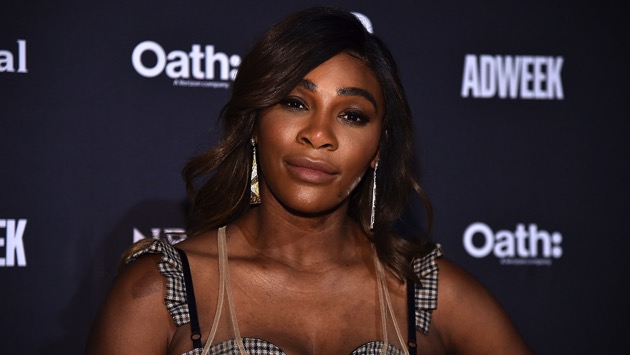 Theo Wargo/Getty Images(NEW YORK) — In one of her most candid interviews yet, Serena Williams opens up about her formative years and trying to emulate her older sister, Venus.
Williams, 37, has inspired so many on and off the tennis court. In a new interview for GQ magazine's Woman of the Year issue, she reveals how she was able to become comfortable in her own skin.
After telling the magazine just how close she is to Venus, 38, she admits that at a young age she really wanted to emulate her older sister.
"I was not myself. I was Venus. Just…Seren-us," the now tennis icon said. "I identified as Venus. I felt weird, like, my boobs were bigger than Venus', and my body was thicker. I was curvier. I was like, 'Why am I not Venus?' And she was tired of me copying her. She was like, 'Get your own identity, please!'"
She said she finally accepted that she "looked different. And I played different. And I hit different. And I ran different."
Williams' half sister, Yetunde (who died in 2003), helped her gain her famed body confidence, as well as become the champion she is today, on her own terms.
"I was really struggling, and she's like, 'You know, everyone is different. You're not Venus, and you're never going to be Venus. You're never going to be as thin as her, and that's OK. And you're never going to be as tall as her, and that's OK. Nothing is wrong with that. You have a beautiful body on your own. You have a beautiful face,'" she explained to the magazine.
Williams said that advice really helped her move on.
"It was good that she taught me that lesson, because in a way she was teaching me a lesson about life," she added. "In a way, it had nothing to do with Venus. It wasn't about her at all. Tennis players in general didn't look like me. Especially the top players or anyone that ever won Grand Slams. Nothing like me. So it was, Can I win looking like this? Can I perform looking like this? And that was something that I realized that I could do. I just had to learn that it was okay to, you know, not be Venus."
In the powerful interview, Williams also opens up about being a mom and how happy she is with her 1-year-old daughter Olympia.
"And I'm a full-time mom. I'm a very hands-on mom," she said.
She continued, "We do everything together. I love everything about being a mom. The only thing I don't love about being a mom is come 7:30, Olympia's in bed and I get sad. I'm like, 'Should I go to bed?' Because then if I wake up, I get to see her again."
Copyright © 2018, ABC Radio. All rights reserved.