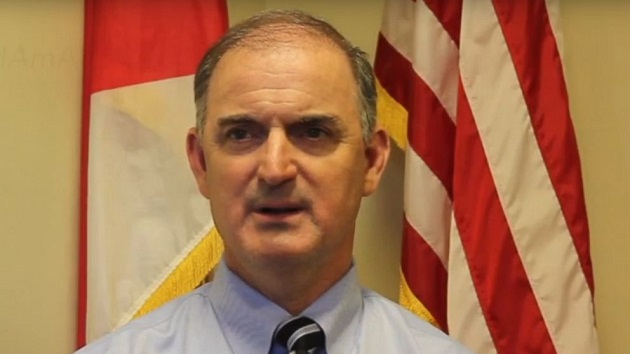 Alabama District Attorneys Association(MONTGOMERY, Ala.) — A district attorney in a rural Alabama county was shot after he was ambushed Thursday, police said.
Greg Griggers, the district attorney for the 17th judicial circuit, suffered non-life threatening injuries, a spokesperson for the Alabama State Bureau of Investigation told reporters Thursday.
Griggers had just had lunch with a law enforcement officer when he was shot, the spokesperson said. That officer, who was in another car, exited the vehicle to fire at the suspect, who has been identified as former Alabama State Trooper Stephen Smith Jr.
Smith died at the scene a result of his injuries, according to the State Bureau of Investigation. No other suspects are being considered at this time.
Griggers was taken to a hospital where he was treated and released, according to the State Bureau of Investigation. He was the only person injured in the incident.
Alabama Attorney General Steve Marshall posted on Twitter that he was "praying for the recovery" of Griggers.
"Greg is both a friend and a tremendous public servant. Keeping him and his family in our thoughts," Marshall posted.
Smith worked as a law enforcement officer from 1982 until he was fired in 1996, according to the State Bureau of Investigation.
Authorities say there is no further threat at this time.
Copyright © 2018, ABC Radio. All rights reserved.