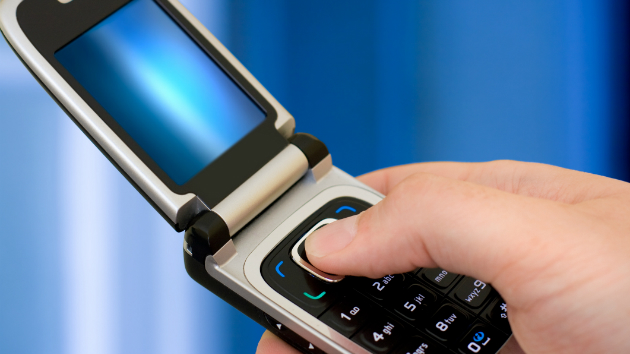 iStock/ThinkstockBY: BECKY WORLEY
Becky Worley, a technology correspondent for ABC News and "Good Morning America," has been covering technology since 1998. She's also a mom living in Oakland, California, and, in this article, tackles screen time limits and apps that help parents.

(NEW YORK) — Parents, we have a dilemma: you want to be able to communicate with your kids but you don’t want to fight with your kids all the time about overusing a smartphone.

Manufacturers are realizing that some consumers actually want less from their phones and are coming out with new flip/feature phones with enhanced communication tools, long battery lives and durable designs.

Here are our top 10 reasons to get a flip phone instead of a smartphone for your child:

1. Communications and safety are the reasons most parents get a child their first phone. Flip phones are outstanding for making phone calls and while the numeric texting is laborious, simple logistics can be accomplished this way.

2. Your child will not get sucked into the vortex of games, social media and group-chat apps.

3. They are cheap — many start at $25 for the phone. Manufacturers like Nokia, LG and Kyocera, are the predominate manufacturers of flip phones (technically they are called feature phones because many of them don’t flip).

4. You don’t need an expensive data plan. Basic phone plans can be as little as $15 a month for talk and texting. These plans can be found on alternate carriers like Republic Wireless or Tracfone or add a prepaid line from your existing carrier.

5. Battery life. Some of the phones can keep a battery charge for a week.

6. They are almost indestructible. Shattering a screen on a feature phone is a lot harder than on a smartphone.

7. Less texting pics. Because the screens are smaller and the cameras are lower resolution, texting pictures is less appealing.

8. Basic app access. Newer phones like the Nokia 8110 can work with basic apps from the KaiOS app store. The two apps that get my attention are the Google Voice speech-to-text-app that could help dictating texts and the Google Maps directions app. (Note: Even basic feature phones without these apps have browser access so in a pinch you could search for directions through the internet).

9. GPS-tracking. Flip phones can be GPS-tracked via add-on family mapping features from some carriers.

10. Peace of mind. You can communicate with your child but you don’t have to open the Pandora’s box of a device we adults are having trouble handling responsibly.
Copyright © 2018, ABC Radio. All rights reserved.