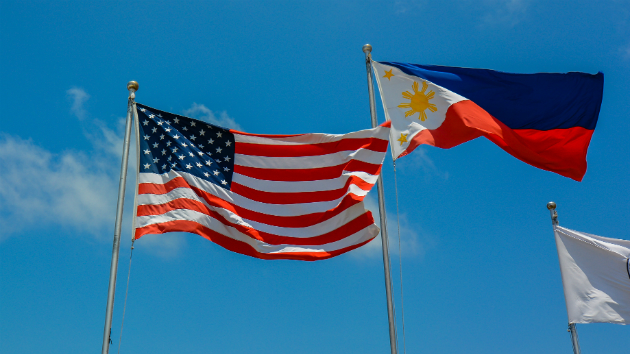 iStock/Thinkstock(NEW YORK) — After more than a century on American soil, Defense Secretary James Mattis officially returned the "Bells of Balangiga" to the Philippines on Wednesday.
The three church bells were taken by the U.S. military from the town of Balangiga in the eastern Philippines during the Philippine-American War. Dozens of U.S. soldiers were massacred in the town on Sept. 28, 1901. At the time, it was considered the Army's worst defeat since the Battle of the Little Bighorn in 1876.
The decision to return the bells — which have been a source of contention in U.S.-Filipino relations — was first announced by the U.S. Embassy in Manila last August.
"We return these bells with consideration of our present, but also with the utmost respect for our past, one of shared sacrifice as co-equal brothers in arms," Mattis said Wednesday during the ceremony at Francis E. Warren Air Force Base in Cheyenne, Wyoming, where two of the three bells are located. The third bell, housed at a U.S. Army museum in South Korea, will also be repatriated.
The Defense secretary paid homage to the Filipino soldiers who fought alongside Americans in World War II and the Korean War and recognized the nation's current stand against the fight against ISIS.
"In this world that is awash in change, ladies and gentleman, we recognize the 117 years of enduring friendship between our people and comradeship in some of the toughest fighting in our nations’ history," Mattis said.
"To those who fear we lose something by returning the bells, please hear me when I say this: bells mark time, but courage is timeless," he added. "It does not fade in history’s dimly lit corridors."
Copyright © 2018, ABC Radio. All rights reserved.