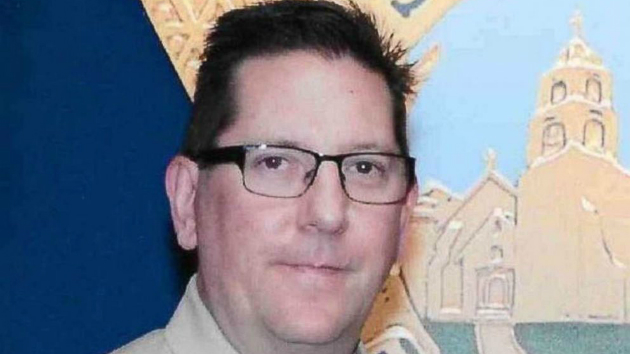 Ventura County Sheriff(THOUSAND OAKS, Calif.) — Family and friends will gather Thursday to mourn the sergeant killed in the line of duty in the Thousand Oaks, California, mass shooting.
Sgt. Ron Helus, a 29-year veteran of the Ventura County Sheriff's Department, was among the 12 people shot dead on Nov. 7 at the Borderline Bar & Grill, Ventura County Sheriff Geoff Dean said.
Helus was one of the first responders on the scene and was shot multiple times when he arrived the bar, authorities said.
Helus, 54, who is survived by his wife and son, was looking to retire soon, the sheriff's office said.
Instead, he made "the ultimate sacrifice," Dean said.
When the report of the shooting came in, the sheriff said Helus was checking in with his wife on the phone, as he often did during his shift.
"Hey, I got to go handle a call, I love you," Helus told his wife, according to Dean.
"He was a great man," Capt. Garo Kuredjian, a spokesman for the Ventura County Sheriff's Office, told ABC's Good Morning America last week. "He was a cop's cop, and we miss him."
Copyright © 2018, ABC Radio. All rights reserved.