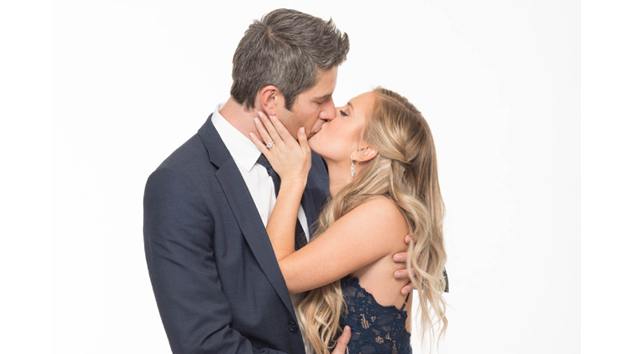 Lorenzo Bevilaqua/ABC via Getty Images(NEW YORK) — Former The Bachelor stars Arie Luyendyk Jr. and his fiancée, Lauren Burnham, have announced they're expecting. Burnham is due in June.

Luyendyk posted a photo on Instagram to announce the couple’s happy news.

"Nothing compares, absolutely nothing compares to the moment you find out you’re going to be a dad!” he wrote alongside a photo of the couple. “We cried, we laughed and it really was such a special moment for us, we’re so freakin’ happy!"

Burnham posted an image on her account as well, with the caption, "Our greatest adventure begins June 2019!"

Burnham told Us Weekly about when the couple found out.

"I kind of had a feeling that I might be pregnant. So my friend insisted on bringing a pregnancy test over," Burnham told the magazine. She said she wanted Luyendyk to read the test results.

"Arie came out with the test in his hand and tears in his eyes. He was like, 'You’re pregnant!'" she recalled.

The couple, who currently live together in Phoenix, Arizona, are set to wed in January.

Luyendyk famously dumped his former fiancée and subsequent The Bachelorette star Becca Kufrin on television in an episode that aired in March 2018.