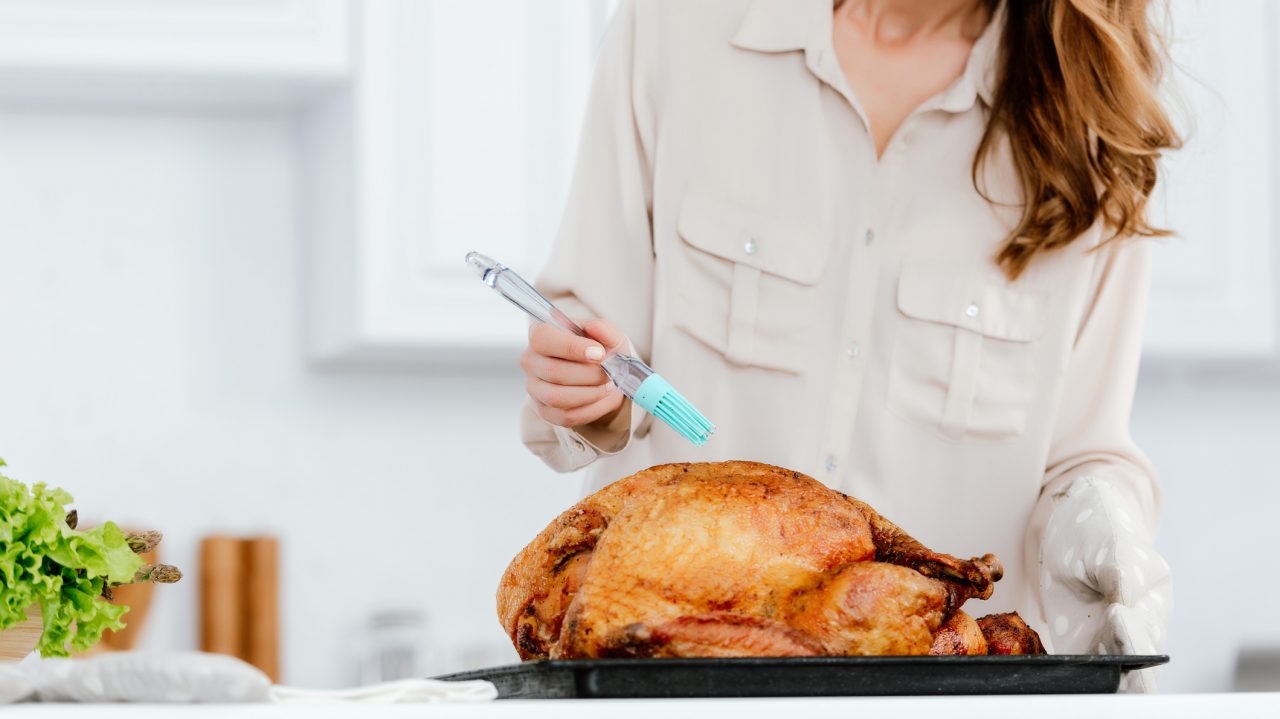 iStock/ThinkstockBY: DR. JOHANNA KREAFLE
(NEW YORK) — Thanksgiving is only a week away, and with more than 46 million turkeys landing on 46 million dining room tables, there’s a lot of room for food preparation mistakes. If you have questions about preparing turkey, the U.S. Department of Agriculture has put together some handy tips for preventing your celebration from becoming a food poisoning disaster. Here they are.
How far in advance can I buy a turkey?
You can buy a frozen turkey anytime, even a year in advance. A turkey will keep its top quality for a full year in the freezer.
But be sure to thaw the turkey properly before you’re ready to cook it. Keep it in the fridge — one with a thermometer — at a safe temperature of 40 degrees Fahrenheit or slightly lower. Allow it to thaw one day for every five pounds of its weight, and then give it an extra day or two after that. So, if it’s a 15-pound turkey, allow four to five days for it to thaw. After it’s thawed, it’s safe for another two days.
If you prefer a fresh turkey, be sure to buy it no more than two days before you plan to cook it.
What are the most important steps before preparing the turkey and other dishes?
Hand washing and clean preparation and cooking spaces are two of the most important steps. A study from the USDA showed that people fail to properly clean their hands 97 percent of the time before and during meals.
The same study also found that more than 80 percent of people inadvertently contaminate other food they’re serving. This usually happens when germs from the raw turkey aren’t properly washed off a person’s hands and are able to reach other surfaces, such as soap dispensers, cutting boards and spice containers.
When you wash your hands, continuously scrub them with soap for at least 20 seconds, and remember to get between the fingers and under the nails. This will help you to avoid spreading bacteria that can increase the risk of foodborne illness.

How do I properly prepare the turkey for the oven?

After washing your hands, it’s time to prepare your turkey for cooking in the oven. Keep raw turkey separated from all other foods at all times and use separate cutting boards, plates, and utensils when handling the raw turkey.
Even if your mother did it this way, do not wash the turkey, since the splashing can get bacteria onto the aforementioned kitchen surfaces and prep materials.
Once you’re done prepping, place the turkey in the oven — recommendations from the USDA for safe cooking can be found here, but the main thing to remember is that bacteria that cause foodborne illnesses are completely killed by heat, so you should cook the turkey fully.
How do I know if my turkey is cooked properly before serving it?
Buy a food thermometer if you don’t already have one. Test the turkey in three spots to make sure the internal temperature is at least 165 degrees: the thickest part of the breast, the innermost part of the thigh and the innermost part of the wing.
How do I properly store the leftovers?
Place leftovers in the refrigerator within two hours of the meal; this will prevent bacteria from growing on the food. It’s best to place the leftovers in shallow containers — this reduces the cooling time and therefore the amount of time that the food spends at unsafe temperatures (between 40 and 140 degrees).
If you stuff your turkey, always remove the stuffing and store it separately from the meat. Leftovers are good for three to four days in the refrigerator, so if you don’t think you’ll eat them until the Tuesday after Thanksgiving or later, place them in the freezer.

Dr. Johanna Kreafle is an emergency medicine physician at the Carolinas Medical Center in Charlotte, North Carolina, and a member of the ABC News Medical Unit.

Postpartum nurse and mom shares her top tips for new parents
COVID-19 origins: What to know about the search for the start of the virus
Disneyland announces new details on reopening plan, reservation system and safety guidelines
Pandemic food assistance extended for up to 25 million Americans
Dept Of Ag will distribute 7.9 million pounds of emergency food to PA food banks
Couple who took out $100,000 loan to start family shares how they planned to go into debt safely