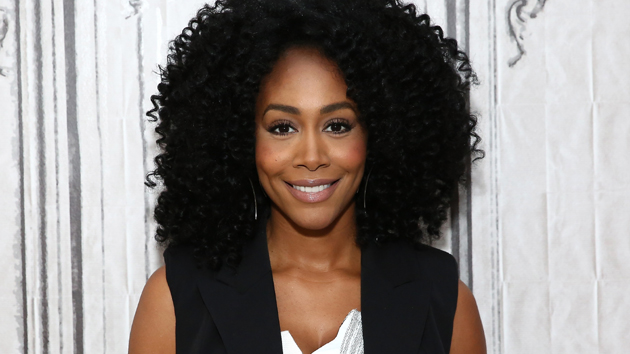 In the film, Missick plays Jade Jennings, a popular meteorologist and new convert to Islam, who's conflicted when her teenage daughter questions her beliefs. Missick tells ABC Radio that she felt a strong duty to the role, which is inspired by the life of director Nijla [Nih-JAH-la] Mu'min [Moo-MEEN].

"I felt a responsibility to portray this woman and her story honestly," Missick tells ABC Radio. "And Nijla and I did have a chance to talk extensively before we started filming because this was partly her story, and because she was sharing something that was so intimate. And so she gave me a lot of background information on how she created this character and what it was that she was trying to get to come across on screen."

While the film mostly revolves around Jade's daughter Summer and her struggle to come to grips with her mother's new religion, Missick says the film also serves an important purpose: to help debunk myths about Islam.

"The fact is, we are living in a climate of Islamophobia, especially in our country, she says. "And to label an entire religion that is practiced by millions and millions of people all over the world as one that comes out of hatred is just false and it's wrong."

She continues, "It's something that continues to divide us in this country and globally more and more every day. And so Nijla really wanted to share with people the beauty, and the love, and the community that she grew up in."