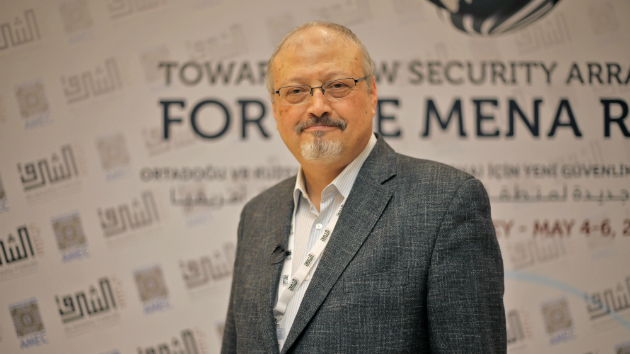 Ten other people remain in custody but have not yet been charged, he said.

The suspects had allegedly set in motion plans for Khashoggi's murder on Sept. 29, three days before he was last seen entering the Saudi Arabian consulate in Istanbul, al-Mojeb said during a televised press conference in Riyadh. Khashoggi was a high-profile critic of Saudi policy and especially of the Kingdom’s de-facto ruler, Crown Prince Mohammed bin Salman.

Khashoggi had an appointment at the consulate on Oct. 2 to apply for paperwork that would have allowed him to marry his Turkish fiancée.
There was a struggle, during which Khashoggi was killed by lethal injection, the attorney general said, and his body was later cut up and taken out of the building.

The journalist’s remains were then taken by someone outside the consulate grounds, the attorney general said. The outside collaborator and the location of Khashoggi’s body remain unknown, al-Mojeb added.
The highest-level official accused of being behind the killing is Saudi former deputy intelligence chief Ahmad al-Assiri, a close advisor to bin Salman, according to al-Mojeb. Al-Assiri was fired for ordering Khashoggi’s forced return to the kingdom, the attorney general said.

The prosecutor said 21 people are now in custody, of which 11 had been indicted and referred to trial.
Copyright © 2018, ABC Radio. All rights reserved.