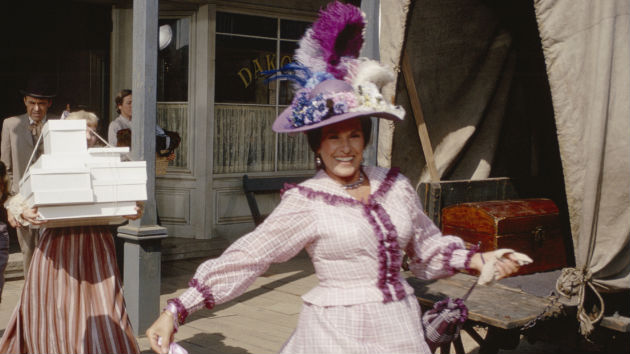 Photo by NBC/NBCU Photo Bank via Getty Images(LOS ANGELES) — Katherine MacGregor, who portrayed Harriet Oleson on all nine seasons of the NBC drama Little House on the Prairie, died Tuesday at the Motion Picture and Television Fund's retirement home in Woodland Hills, according to The Hollywood Reporter. She was 93.
Between 1974 and 1983, MacGregor appeared as Harriet, the nosy wife of Mercantile general store owner Nels Oleson, and mother of nasty Nellie Oleson on 153 episodes of the series.

Melissa Gilbert, who starred in Little House as Laura Ingalls Wilder, paid tribute to MacGregor on Twitter, writing, "She was outspoken and hilariously funny. A truly gifted actress as she was able to play a despicable character but with so much heart. Her Harriet Oleson was the woman our fans loved to hate. A perfect antagonist."

After Little House, MacGregor guest-starred on television shows including East Side/West Side, Mannix, Emergency!, All in the Family and Ironside.