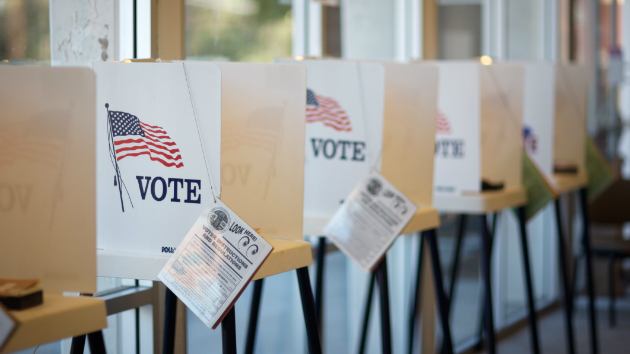 iStock/Thinkstock(NEW YORK) — In the latest legal twist in the Florida vote recount controversy, a federal judge has ruled that the state's laws requiring signatures on ballots to match those on file are being applied unconstitutionally.
U.S. District Chief Judge Mark Walker has granted a preliminary injunction, sought by Democratic incumbent Sen. Bill Nelson, ordering Florida’s secretary of state to direct local supervisors of elections that they must allow voters with suspected mismatched signatures to "cure" — or validate — their vote-by-mail and provisional ballots by 5 p.m. Saturday.
“The precise issue in this case is whether Florida’s law that allows county election officials to reject vote-by-mail and provisional ballots for mismatched signatures — with no standards, an illusory process to cure, and no process to challenge the rejection — passes constitutional muster. The answer is simple. It does not,” Walker wrote in the order.
The court ruling is not an order for county canvassing boards to "count every mismatched vote, sight unseen," Walker wrote, but instead is an order to "allow those voters who should have had an opportunity to cure their ballots in the first place to cure their vote-by-mail and provisional ballots now, before the second official results are fully counted."
Vote-by-mail and provisional ballots have become increasingly popular, Walker said, but the county canvassing boards, which determine whether a voter's signature on vote-by-mail and provisional ballots match state records, are "staffed by laypersons that are not required to undergo formal handwriting-analysis education or training."
Nevertheless, ballots considered to have "mismatched signatures" are rejected as invalid votes. Voters who are notified before Election Day of this discrepancy on their ballot can attempt to "cure," or address the problem, but the judge ruled that under previous law, the window to do so was too narrow, and in some cases, nonexistent.
If this "last chance" to cure is denied, "Florida law provides no opportunity for voters to challenge the determination of the canvassing board that their signatures do not match, and their votes do not count," Walker ruled.
For provisional ballots, the other type of ballot under inspection by the lawsuit, there was neither a cure period or a mechanism for a voter to challenge the decision that the voter wasn't eligible to vote.
"Consider the game of football," Walker wrote. Rules are made and rules are followed, he said, but sometimes calls deserve reviews.
"Indeed, not every call is going to be clear — the ultimate decision may hinge on highly subjective factors. Hence, a call will be overturned only when there is 'clear and obvious visual evidence available that warrants the change'," Walker wrote, citing 2018 NFL rules.
"In this case, the Plaintiffs have thrown a red flag. But this is not football. Rather, this is a case about the precious and fundamental right to vote — the right preservative of all other rights," Walker wrote.
Like the game of football, elections are governed by their own set of laws that allow for an "efficient and transparent" process.
And, as in football, Walker wrote, "There is no doubt that election officials must make certain calls, under the rules, that deserve review. And there is no doubt some of those calls may hinge on highly subjective factors."
The deadline for Florida counties to finish their machine recounts in Nelson's Senate race against GOP Gov. Rick Scott, as well as in the governor's race pitting former Republican Rep. Ron DeSantis against Tallahassee Mayor Andrew Gillum, a Democrat, is 3 p.m. Thursday. Before that deadline, however, court action is expected sometime in the morning on Nelson's lawsuit in federal court seeking to nullify all deadlines and give counties as much time to count votes as is needed, which, if ruled in Nelson's favor, would erase the need for counties to hit the 3 p.m. deadline.
Copyright © 2018, ABC Radio. All rights reserved.