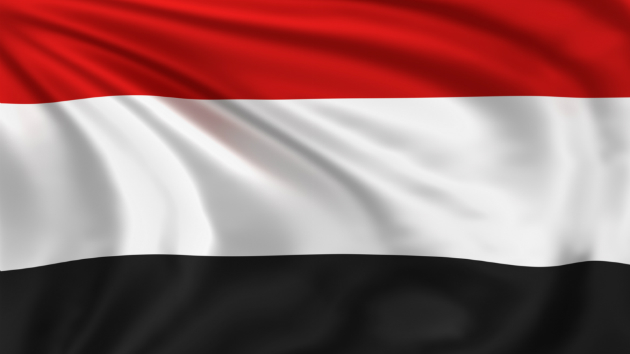 iStock/Thinkstock(WASHINGTON) — The House of Representatives voted to block the passage of a bill that would have ended U.S. military support for the Saudi-led coalition fighting Houthi rebels in Yemen.
The setback for critics of the coalition in the U.S. comes after the United Kingdom announced progress this week on the diplomatic front as the United Nations special envoy pushes to get the warring parties to the negotiating table by the end of the month in Sweden.
The conflict pits the Yemeni government, powered by Saudi Arabia and the United Arab Emirates, against rebels known as the Houthis, that are aligned with Iran. The conflict stretches nearly four years, killing at least 16,200 civilians, and bringing 14 million people to the brink of famine.
The U.S. has provided military support for the Saudis and Emiratis since the Obama administration, but last Friday, the Saudis announced that the U.S. will no longer provide midair refueling for their aircraft — a victory for critics of the coalition, which has been accused of war crimes for indiscriminately targeting civilians and civilian infrastructure.
But the Pentagon said it provides refueling for only 20 percent of coalition warplanes, and the U.S. continues to provide other support, such as intelligence, reconnaissance and arms sales.
Democrats and a handful of Republicans have been calling on all of that to end. But on Wednesday, House Republicans voted to strip a bill that would end that support of "privilege status" so that it would not come up for a vote. With just days left in session this year, this essentially means the bill dies for now — but its Democratic author, Rep. Ro Khanna of California, vowed to bring it back up for a vote when Democrats control the House starting in January.
Despite the defeat on Capitol Hill, the U.S. is still urging peace talks to move ahead and supporting U.N. Special Envoy Martin Griffiths, and this week, there were some important breakthroughs.
The British Foreign Secretary Jeremy Hunt visited Saudi Arabia and the UAE and announced Tuesday that the coalition would allow for a group of Houthi fighters to be medically evacuated to neighboring Oman. While a seemingly small step, previous hurdles became an issue in the last round of U.N. talks in September, with the Houthis refusing to show in part out of protest for that.
The U.K. said Tuesday that "serious consideration" was being given by both sides to "a set of political ideas and confidence-building measures that would allow for the start of political talks in Sweden by the end of November" — a goal that remains in sight, diplomats tell ABC News — but it's unclear what those may include.
The U.S. has called on the Houthis to stop missile attacks into Saudi and Emirati territory and for the coalition to then halt bombing of civilian-held areas.
While that hasn't happened yet — and fighting had actually escalated around the key port Hodeida last week — sources tell ABC News that progress is being made.
A Western diplomat, who wished to remain anonymous, said that's in part because the Emiratis are beginning to signal that they want out of the conflict. Their withdrawal could put the Saudis in a more difficult spot on their own, pushing them to peace talks, too.
The Trump administration continues to focus on Iran's role in the conflict, with Secretary of State Mike Pompeo repeatedly pointing to it as the greatest threat and source of instability. But the Western diplomat added that Iran is not as entrenched in Yemen as it is elsewhere, like Syria or Lebanon, creating an opening for the international community, not a challenge.
"You can draw the Houthis in if you give them a stake in the political settlement and throw a lot of rials at them," the diplomat said, referencing the Iranian currency.
Copyright © 2018, ABC Radio. All rights reserved.