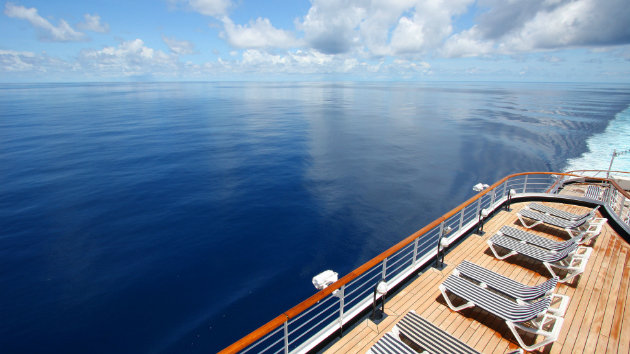 iStock/Thinkstock(NEW YORK) — Authorities are investigating the death of an American woman on board a Princess Cruises ship on Tuesday.
The 52-year-old woman, described only as a "female guest" on the Royal Princess from the U.S., died under unclear circumstances. The ship was on a seven-day cruise from Fort Lauderdale, Florida, to Aruba.
No cause of death has been reported.
"The incident was reported to the FBI and local authorities and the local authorities met and boarded the ship upon arrival in Aruba," Princess Cruises said in a statement Wednesday. "We are cooperating fully with the investigating authorities, including the FBI."
The ship, which can carry up to 3,560 passengers, was expected to return to South Florida on Saturday. The Royal Princess is set to undergo a $15.9 million makeover in just a matter of weeks.
"We are deeply saddened by this incident and offer our sincere condolences to the family and those affected," the cruise line said.
The woman's name and hometown have not been released.
The death was the second announcement of a person being killed on a cruise ship on Wednesday. Holland America announced a 70-year-old woman was killed when she fell into the water in the South Pacific while trying to move between the deck and a smaller boat.
Copyright © 2018, ABC Radio. All rights reserved.