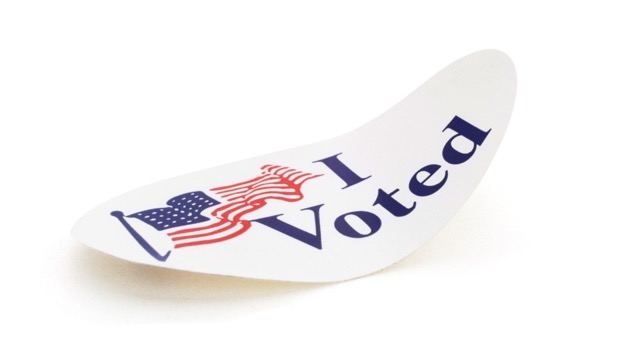 iStock/Thinkstock(NEW YORK) — There’s a running joke among election officials in November: pray for the margins to be wide. In the 2018 midterm elections, Florida voters didn’t answer those prayers.
But as recounts progressed toward a conclusion in three statewide Florida races, including the races for U.S. senator and governor, experts say those margins, as narrow they may seem, likely won’t reverse the Election Day results.
Out of more than 4,600 statewide general elections between 2000 and 2015, there were 27 statewide recounts — three of which resulted in reversals, according to FairVote, a group that advocates for electoral reform.
In other words, recounts are rare. Recounts that end in reversals are even rarer.
“Ten percent of all statewide recounts in the 21st century are happening right now, as we speak,” David O’Brien, a staff attorney at FairVote and author of the recount analysis, said in an interview with ABC News on Tuesday. “Which just goes to show how uncommon they are.”
And if any of them end in reversal, O’Brien said he’d want to “really dig in” to find out why they became such outliers.
Ned Foley, a law professor at The Ohio State University who wrote a book documenting disputed elections throughout U.S. history, also spoke to the rarity of a reversal.
“If we focus specifically on statewide races, it's absolutely true that it's very rare to overturn,” Foley said.
It’s also rare to see a recount in the first place, Foley explained, nevermind three of them in one state — but Florida fits the bill for such a situation, he said.
“In a battleground state, this is more likely to arise,” he said, and predicted that increased voter targeting would only increase the purple-ish tint of the state.
“Both sides are more sophisticated in their messaging so it stands to reason that we’re going to have closer elections in the world we live in now than we had in the 20th century, and I think this year is evidence of that,” Foley later added.
The reason recount reversals are so rare, both Foley and O’Brien explained, is because, generally, vote margins don’t swing by more than a few hundred votes in statewide recounts, which isn’t usually enough to change the winner.
In the case of Florida, the Senate race differed by 12,562 votes heading into the recount. The margin was bigger in the gubernatorial race: 33,684.
Not only would many more votes have to come in during the recount to have a big impact on the current numbers, but the votes would have to lean almost entirely toward one candidate, Foley said.
“My instinct is its extraordinarily hard to overcome a lead of 10,000 or more, unless you tell me something about the nature of the ballots that have yet to be counted — unless you tell me why they would break so favorably for the candidate who was behind,” Foley said.
According to O’Brien, the margin shift in Florida would have to be more than 20 times bigger than what they saw in other races where there were recounts for a reversal in the governor’s race — and around 10 times bigger for the Senate race.
And yet, the rhetoric from both Republican and Democrat camps would have voters believe the stakes are much higher.
“What we’re seeing this year is in some respects familiar, in some respects new and different,” Foley said. “What is a new and unfortunately disconcerting development is the intensity of the rhetoric.”
Republican Gov. Rick Scott, who is running for Senate, began claiming last week that his opponent, incumbent Sen. Bill Nelson, was trying to “steal” the election — though neither courts nor the Florida Department of Law Enforcement back these claims. Nelson said Scott has “thrown around words like voter fraud with no proof” and accused him of “using his power as governor to try to undermine the voting process.”
The president also weighed in. “Trying to STEAL two elections in Florida! We are watching closely!” he said in one tweet, without details or evidence.
“What frankly surprised me is how quickly the rhetoric got so hot and so contentious, given that the statewide races in Florida just aren't actually that close,” Foley said, adding that while they’re close enough to trigger automatic recounts, more than 10,000 vote margin in a statewide race “is still an extraordinarily wide margin to be able to overcome.”
And the number of lawsuits in Florida, from both Nelson and Scott’s campaigns, match the degree of rhetoric.
The escalation displays the country’s “Achilles heel,” as Foley calls it, which is the need for neutral institutions to monitor elections, instead of partisan secretary of state offices, because “democracy depends on a sense of fair play.”
Reports out of Palm Beach and Broward County, both Democrat-leaning counties, increased politicization of the ballot counting, further proving the need for neutrality, Foley said.
“What’s happened so far this week is troublesome, and I’m concerned about what it means when we have to go through this two years from now when the presidency is on the line,” he said.
Which brings up another benefit of a recount, beyond solidifying a winner or reinvigorating an opponent: assuring people that the election played out the way it was supposed to.
“It’s good for people to figure out what went wrong in the election so lawmakers and policymakers can make changes to make sure those don't happen again,” O’Brien said.
Copyright © 2018, ABC Radio. All rights reserved.