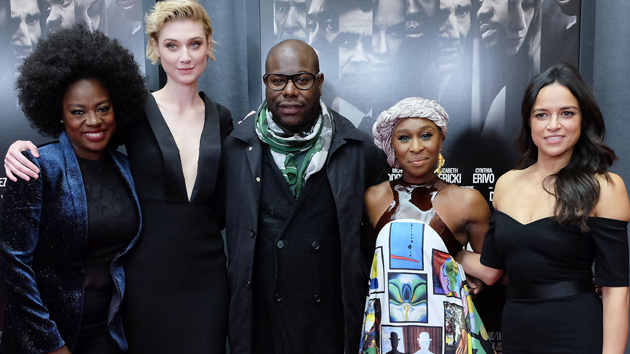 The film, which is an adaptation of the popular 1980s British series of the same name, follows the widows of three crime bosses who are murdered during a robbery attempt. After enlisting the all-star cast, which includes Viola Davis, Michelle Rodriguez, Cynthia Erivo and Elizabeth Debicki, McQueen says his next priority was to make sure his thriller was worth seeing.

"I do this for the audience," McQueen says. "First and foremost. I mean, my first protocol is the audience. I never finished this film until I showed it to the audience. And that's what I'm here for."

McQueen's heist film is the director's first official feature since winning the Best Picture Oscar for his 2013 film 12 Years a Slave. Still, McQueen is not worried about making a comeback.

"There's no point of me making a picture about people and those people don't come and see it," he continues. "It's about the audience. It's about about we. Not me."