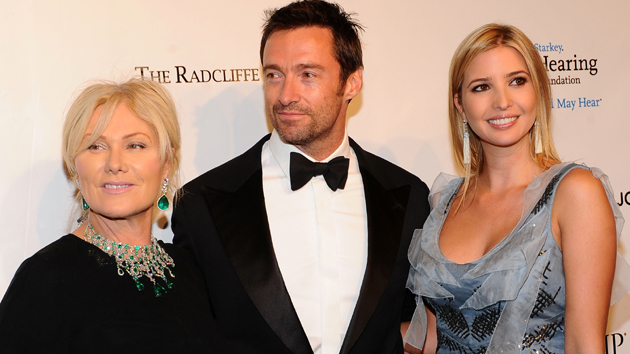 The couple, whom Jackman said he’s known for 15 years, made headlines when they recently attended the actor’s 50th birthday party.

“They’ve always been so kind and generous,” said Jackman, recalling Ivanka’s “kindness” when she wrote his late mother-in-law, Fay Duncan, a handwritten letter when she won the Order of Australia medal for her charity work.

“People question, ‘Really?’ And I’m kinda like, 'OK, let’s say your friends of 15 years’ father became president. Whether you agree with the politics or not, do you just dump your friends?” Jackman said. “I’m like, 'no, no you don’t.' I don’t understand that.”

Jackman stars in the film The Front Runner, based on the story of Senator Gary Hart, who withdrew from the presidential race in 1988 in the wake of a rumored affair that made media headlines in ways such stories seldom had before in America. Jason Reitman, who wrote and directed the film, said the story parallels today’s political environment.

“We’re all trying to figure out how the hell we got here and I can’t help but look at the story and see the kind of seeds, the threads that you pull on to get us here,” Reitman said.

“It’s so hard to have that conversation in 2018,” Reitman added. “The volume is at a 12 — you go onto Twitter, you say one wrong thing… you’re gonna get your head ripped off!”

“What’s nice about a story from 1987 is that we can kinda bring the volume down a little and actually have a conversation about gender politics, about the line between a public and a private life, the relationship between politicians and journalists," Reitman said. "All these things we’re trying to talk about.”