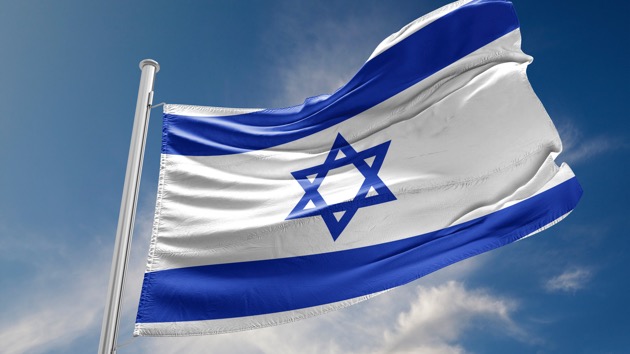 iStock/Thinkstock(JERUSALEM) — Wednesday morning began quietly, but by the evening Israel had a new defense minister: Benjamin Netanyahu. Netanyahu is already Israel's prime minister, foreign minister and communications chief. He grabbed yet another title after former Defense Minister Avigdor Lieberman resigned in protest over Netanyahu’s policies, including his decision to accept a ceasefire after intense clashes between Israel and Hamas as well as other Palestinian militants.
This latest round of violence, the most intense since the 2014 war, began Sunday night after a botched Israeli intelligence gathering operation left seven Palestinian militants and one Israeli commando dead.
On Monday, hundreds of rockets were fired into Israel from Gaza, and Israeli airstrikes flattened buildings throughout Gaza. Seven more Palestinian militants were killed in Gaza, one Palestinian was killed in Ashkelon and dozens were injured on both sides of the border.
Netanyahu was forced to defend his decision to accept the ceasefire hours after Israeli residents from the town of Sderot protested, demanding harsher action against Hamas.
"I hear the voices of the residents of the south," Netanyahu said, speaking Wednesday at a memorial service for the nation’s founding father, David Ben Gurion. "Believe me, they are precious to me, their words penetrate my heart."
"In normal times, a leader must be attentive to the hearts of the people, and our people are wise. But in times of crisis, when making critical decisions in the field of security, the public cannot always be a partner in the crucial considerations that must be concealed from the enemy," he said. "Our enemies have pleaded for a ceasefire, and they know very well why," Netanyahu added, using the world “ceasefire” for the first time since Sunday.
After a marathon seven-hour cabinet meeting on Tuesday, Israeli government officials didn’t use the word, saying instead there would be calm unless action “was required.” But hours later, Netanyahu lost his hard right defense minister.
“I am here to announce my resignation as the Defense Minister for the State of Israel," Lieberman said at a press conference on Wednesday morning. “It’s no secret that there were differences between Netanyahu and me," he said, calling the ceasefire a "surrender to terror" and denying he ever supported it. “I could not continue in my position. I can’t look in the eyes of residents in the south and families of the kidnapped soldiers."
Lieberman added that he also disagreed with the decision by Netanyahu's government to allow Qatari cash and fuel to enter Gaza last weekend, which was used to pay civil servant salaries and provide much-needed electricity. Over the weekend, some Gaza neighborhoods enjoyed eight hours of electricity, a massive triumph for many people.
Lieberman also called for early elections. Lieberman will return to the Knesset as a member, but his party, Yisrael Beiteinu, is no longer part of Netanyahu's governing coalition, leaving the prime minister with a razor thin majority of just 61 votes.
While Netanyahu's party, Likud, said he can handle taking on the responsibilities of defense minister as well, officials from Education Minister Naftali Bennett's party, Beit Hayehudi, have told Israeli press that unless he is given the defense minister, he will pull his party out of the coalition. Without Beit Hayehudi, Netanyahu's fourth government will collapse.
So while the ceasefire holds with Gaza, Netanyahu's government may not last the night.
Copyright © 2018, ABC Radio. All rights reserved.