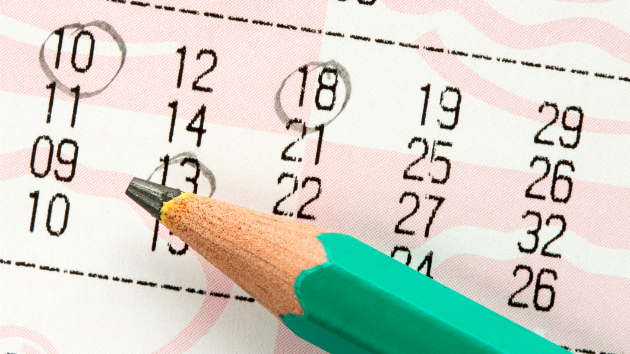 iStock/Thinkstock(NEW YORK) — The winner of the $1.5 billion Mega Millions jackpot has still not come forward to claim the prize.
In late October, the winning ticket was purchased at KC Mart #7 in Simpsonville, South Carolina, making it the state's first Mega Millions jackpot win, according to lottery officials.
The winning ticket's numbers matched all six numbers drawn (5-28-62-65-70, and Megaball 5). But the ticket owner has still not come forward to claim the prize some three weeks later.
"We have not heard that the winner in South Carolina has come forward," Seth Elkin, a spokesperson for Maryland Lottery and Gaming, told ABC News.
Along with Delaware, Kansas, Maryland, North Dakota, Ohio and Texas, South Carolina law allows a winner to stay anonymous if he or she wishes, according to Maryland Lottery and Gaming.
The winner has 180 days since the day the ticket was purchased to come forward to claim the prize.
Tony Cooper, the chief operating officer with the South Carolina Education Lottery, advised the winner to sign the back of the lottery ticket, keep it in a safe place and seek a reliable financial advisor.
The winner can take either a cash-out option and receive a lump sum of approximately $878 million, or choose the annuity and receive $1.586 billion over the course of 30 years.
The $1.5 Mega Millions jackpot caused lottery fever across the country last month as individuals and groups snapped up tickets in the hopes of scoring the ultimate prize.
The owner of the shop where the ticket was purchased and the state will also receive a windfall from the lucky ticket as well.