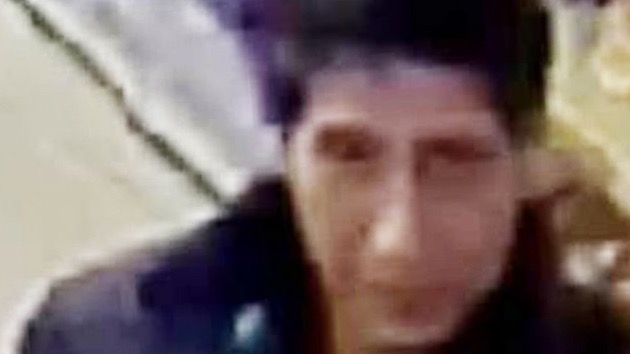 Blackpool Police(LONDON) — The "Ross Gellar look-alike" wanted by a regional English police force has been found after a weeks-long search.
"Do you recognize this man?" Blackpool Police asked in a Twitter post, appealing to the public to help identify a man caught on CCTV camera and wanted in connection with a suspected robbery.
Many remarked on the suspect's uncanny resemblance to the character Ross Gellar from Friends, played by American actor David Schwimmer.

The tweet garnered so much attention that Schwimmer himself responded, clearly under pressure to provide an alibi to prove he wasn't behind the Blackpool burglary.

"Officers, I swear it wasn't me," he tweeted, with a video of him hurriedly sneaking in a bodega in New York with a case of beer. "As you can see, I was in New York. To the hardworking Blackpool Police, good luck with the investigation. #itwasntme"
The London Metropolitan Police arrested a 36-year-old man in Southall on suspicion of theft of a coat, cellphone and wallet at a restaurant in Blackpool on Sept. 20.

Following the appeal we posted looking for a man who resembles a well-known actor, we now have an update. Thanks to our colleagues @MetPoliceUK, a 36-year-old man was arrested in Southall last night on suspicion of theft. Thank you for the support, especially @DavidSchwimmer! pic.twitter.com/nOgF1KQb0X

The image of the suspect was taken later at a shop where he was buying a case of beer.
"Thank you for the support, especially @DavidSchwimmer!" tweeted Lancashire Police on Tuesday morning.
Copyright © 2018, ABC Radio. All rights reserved.