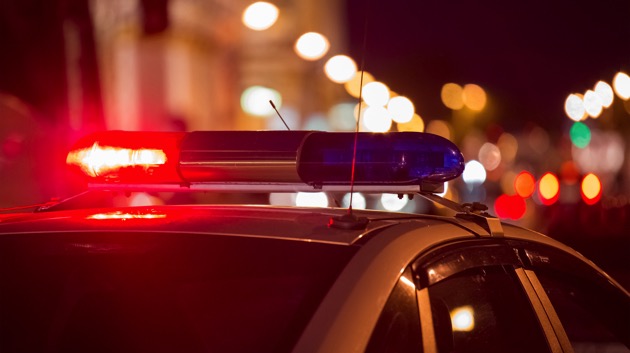 iStock/Thinkstock(CHICAGO) — Authorities in Illinois continue to investigate the police shooting of a security guard who was trying to stop an active shooter at a nightclub in Illinois when he was fatally wounded.
A little after 4 a.m. Sunday, Robbins police asked for additional departments to assist its officers in responding to a call about a shooting at Manny's Blue Room Bar in Robbins, Illinois, according to Midlothian police.
Midlothian police said two of its officers had responded to the bar to help Robbins police. When officers arrived, Midlothian police said, they learned that there were several gunshot victims inside the bar.
"A Midlothian officer encountered a subject with a gun and was involved in an officer-involved shooting," Midlothian Police Chief Daniel Delaney said in a statement released hours after the shooting.
The person shot by the officer was later pronounced dead at a hospital, Delaney said.
Midlothian police and the Cook County Medical Examiner's Office identified the deceased as 26-year-old Jemel Roberson.
Delaney told ABC News on Tuesday that Roberson was the establishment's security guard.
"Our hearts go out to Jemel and his family and we are devastated by this incident," Delaney told ABC News. "We have learned a lot about Jemel over the last two days and he was [a] great man that was doing his best to stop an active shooter that evening."
At least four people were shot including Roberson, ABC News affiliate WLS-TV in Chicago said.
"He had somebody on the ground, with his knee in his back, with his gun on him, like 'Don't move,'" Adam Harris told a CBS affiliate. "Everybody was screaming out 'Security!' He was a security guard."
The status of the officer involved in the shooting was unknown.
Roberson was an organist at local churches including New Spiritual Light Baptist Church, according to WLS-TV.
"How in the world does the security guard get shot by police?" Pastor Walter Turner of New Spiritual Light Baptist Church said in an interview with WLS-TV. "A young man that was literally just doing his job and now he's gone."
A lawyer for the Roberson family has filed a wrongful-death civil lawsuit against the as yet unidentified officer and the village of Midlothian.
"This is a young man who was trying to do the right thing in life. He wanted to apply to the Chicago PD from what I was told. His mother did not want him working night-club security but he enjoyed it," said Gregory Kulis, the attorney for Jemel Roberson's mother, Beatrice Roberson.
The Illinois State Police Public Integrity Task Force is investigating the police shooting, which is the Midlothian Police Department's policy, according to Delaney.
The Cook County Sheriff's Police and Robbins Police Department were investigating the "criminal aspect," Delaney said.
Copyright © 2018, ABC Radio. All rights reserved.